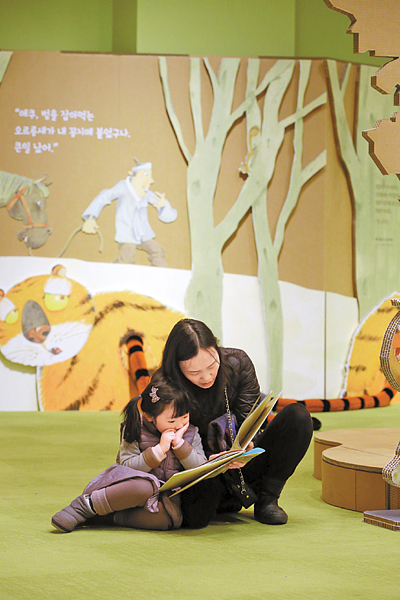 At the “Grrr, I Am A Tiger” exhibition currently at the Children’s Museum of the National Museum of Korea in central Seoul, parents and children can read stories featuring tigers. [NATIONAL MUSEUM OF KOREA]

Children will be able to learn about tigers at the Children’s Museum of the National Museum of Korea as it kicked off an exhibition titled, “Grrr, I Am A Tiger” last week to coincide with the tiger exhibition going on at the museum’s Special Exhibition Gallery.

While children can only see tigers at a zoo these days, the exhibition attempts to teach them about how tigers lived among the Korean people, playing an integral part in their lives. Korea has numerous tales involving tigers, including the myth of Dangun, known as the legendary founder of Korea, and the famous “The Sun and the Moon” story, where a tiger appears as a wicked animal who tries to catch children. 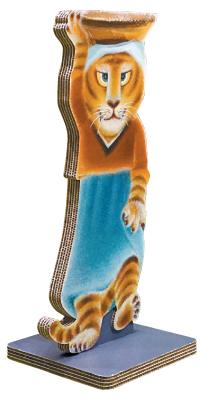 At the exhibition, children will be able to read different books which feature tigers and learn about how ancient Koreans both revered tigers as sacred animals that ward off evil spirits and also treated them as close companions.

Life-sized cardboard cut-outs of tigers with different faces - a fearsome tiger, a friendly tiger and a righteous tiger - also stand for kids to take pictures with. Various hands-on experience programs are also available during the exhibition, including the chance to make a tiger mask, draw a tiger postcard and more. There will also be storytelling sessions where children can sit and listen to famous tales of tigers.

The exhibition runs until May 31.