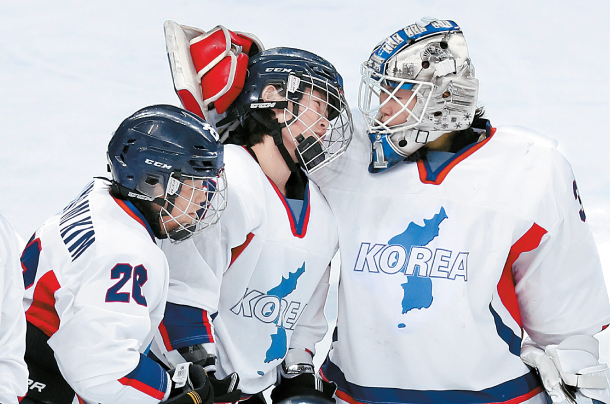 The inter-Korean women’s ice hockey team plays its last Olympic match as one team against Sweden on Tuesday at the Kwandong Hockey Centre in Gangneung, Gangwon, where the ranks for the seventh- and eighth-place teams were decided. The inter-Korean team lost 1-6, ending up in eighth place. North Korean players Shin So-jung, right, Hwang Chung-gum, center, and Kim Hyang-mi, left, console each other after the game. [YONHAP]