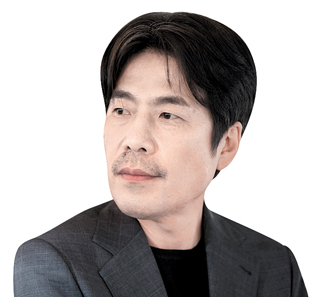 Actor Oh Dal-su released an apology letter on Wednesday afternoon in response to the sexual harassment allegations made against him.

Stage actor Eom Ji-young made an appearance on JTBC’s Newsroom on Tuesday after Oh had denied any past wrongdoings on Monday. An anonymous person had posted an account of sexual harassment from Oh online Feb. 15, which the actor denied, saying he “had no memory of it.”

“I thought he [Oh Dal-su] would apologize by now. I was waiting for his apology. I couldn’t forgive him for making it seem like nothing happened, using the excuse that [the person reporting him] was anonymous,” said Eom on camera.

In response to Eom’s public appearance, Oh released an official apology letter saying, “I take full responsibility for everything that’s happened. I truly apologize for making many people feel uncomfortable about the whole situation. From the bottom of my heart, I want to say that I’m sorry to anyone who is or was offended by my actions.”

He apologized to Eom saying “I will accept any condemnation. Please forgive me and take care.”

“I’m sorry for the pain that I have caused you and I feel very guilty,” wrote Oh.

Meanwhile, Oh has four films that are expected to be released this year.

He is scheduled to appear in director Lee Hwan-kyung’s “Next Door Neighbor” and director Kim Ji-hoon’s “I Want to See Your Parents’ Face,” as well as the sequel to the hit “Along With the Gods: The Two Worlds” and Han Jang-hyuk’s “Control.” Each movie is expected to be released in theaters this year, but with Oh’s sexual harassment allegations, film studios and directors are still uncertain as to what they will do in response.