Two Korean mogul skiers - Choi Jae-woo and Kim Ji-hyon - who competed at the 2018 PyeongChang Olympic Games have been accused of assaulting and sexually harassing fellow Korean skiers during a World Cup event in Japan earlier this month, the national ski association said Wednesday. 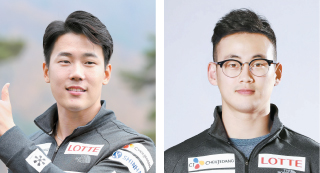 According to the Korea Ski Association (KSA), Choi and Kim were drinking together after finishing a freestyle race at the International Ski Federation (FIS) Freestyle Ski World Cup in Tazawako, Japan, on March 3. After having a couple of drinks, they drove while allegedly drunk to the female skiers’ accommodation and asked them out for drinks. When their teammates refused, they allegedly assaulted and sexually harassed them.

Once the KSA was notified, it ordered the coaches to bring Choi and Kim back to Korea without completing the World Cup event.

After gathering testimony from Choi, Kim and the victims, the KSA handed over a report to its disciplinary committee on March 12.

The KSA said its disciplinary committee decided to permanently expel Choi and Kim from the association for driving under the influence, assault and sexually harassing their fellow athletes during an international sports event, announcing that the two will “no longer be able to participate in any ski-related activities as athletes or coaches.”

The female skiers who claimed they were sexually harassed by Choi and Kim reported the case to the police, who are now investigating the incident, according to the Associated Press.

One of the victims said that she had to see a therapist after the incident and is still struggling to come to terms with it.

The victims have yet to be revealed, though it is confirmed that Seo Jung-hwa, Park Sung-youn and Seo Jee-won all competed in the women’s freestyle event on March 3 and the dual event on March 4.

Choi and Kim have one week to appeal the decision to the Korean Sport and Olympic Committee, according to the KSA.

At the FIS World Cup in Japan, Kim and Choi finished 19th and 22nd, respectively, on March 3. They did not compete the next day.

Choi, 24, was one of Korea’s medal hopefuls at the PyeongChang Winter Olympics after posting three fourth-place finishes at FIS World Cups this season, and finishing first for the second qualification run at the Olympics. But he failed to complete his race in the second final round when he lost his balance and crashed into the snow after his jump, finishing 12th overall in the men’s moguls at PyeongChang.

He had previously said that he quit drinking, stopped seeing his friends and even sold his car in an effort to medal for the Olympics. He also claimed to have stopped using social media and went to the Taereung Training Center in northern Seoul to train with other athletes.

There were 10 reported cases of sexual harassment during the PyeongChang Olympics. A counseling office under the name Gender Equality Support Centers was run throughout the Games for the first time in Olympic history, providing a safe space for people to report sexual harassment.