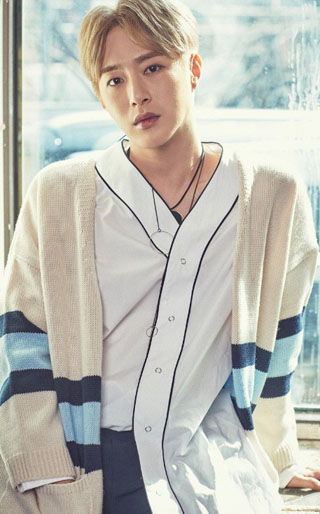 The agency revealed on their online page that “the singer was found in a state of cardiac arrest at his home in Gangnam, [southern Seoul,]” when the 119 emergency team arrived and declared him dead. They continued, “Seo’s family, his group members, and the staff at TOP Media are all in grief and mourning from the sudden devastating news.” They said that the artist’s funeral will be a private one.

Seo debuted back in 2006 as the male lead in season 3 of the KBS drama “Sharp.” In 2012, he was chosen to be the leader of the boy group 100%, and the idol group debuted in September of the same year with their song “Bad Boy.” The group was most recently seen at their Fifth Anniversary Global Fan Meeting at the Donghae Arts Center in Kwangwoon University on Dec. 2, 2017.