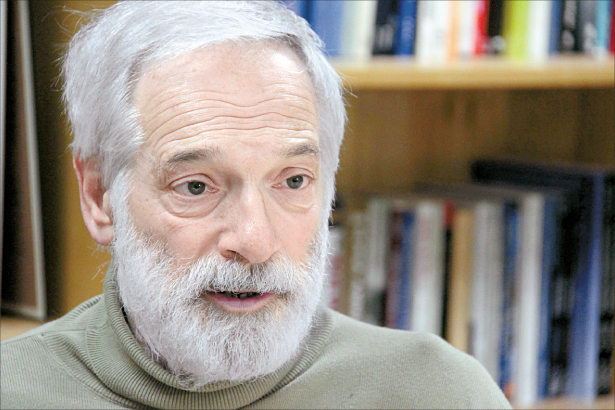 Johns Hopkins University is expected to shut down its 12-year-old U.S.-Korea Institute (USKI) next month amid controversy over the South Korean government cutting off its funding.

Some 20 billion won ($18.8 million) has been invested in the institute by Seoul since it was founded in 2006 as the only think tank specializing on Korean Peninsula issues in Washington. But the USKI at Johns Hopkins School of Advanced International Studies (SAIS) is expected to be shuttered on May 11, after the institute accused the Blue House of attempting to replace its director, Jae H. Ku, and its assistant director, Jenny Town.

The state-affiliated Korea Institute for International Economic Policy (KIEP) earlier this month notified the school that it will cut off its funding to the school after May. The KIEP claimed this was in compliance with a request from the South Korean National Assembly to increase transparency of its programs. The Blue House this week denied it had any role in the cutting off of funds for USKI, and KIEP said it acted independently.

The U.S.-Korea Institute is especially known for its Pyongyang analysis website 38 North. Its chairman Robert Gallucci has accused the Blue House of meddling in academic affairs by trying to replace its director and assistant director.

Vali Nasr, dean of SAIS, informed Gallucci and Ku on Monday of the decision to shut down the institute from May 11 since KIEP notified the school that it will stop providing the funding to operate the institute starting from June.

Nasr was said to have explained that the school cannot continue to support the USKI staff and it had no choice but to reach such a quick decision.

SAIS also held a meeting of all USKI researchers and staff to explain that the institute will close down and to disseminate information about reemployment opportunities. This was to inform them in advance before the termination of their employment, in compliance with U.S. labor laws.

Johns Hopkins appears to have reached the decision to shut the institute because it does not have the budget to hire its 17 employees, including 11 full-time Korean studies professors and researchers, as well as six part-time staff.

Around 56 percent of the 2.16 billion won budget for USKI earmarked by the National Assembly last year for 2018 was allotted to pay staff wages.

Gallucci was said to have expressed regret to Nasr about the school’s decision to shut USKI, saying he had hoped to obtain outside funding to continue running the institute.

USKI staff including Gallucci, Ku and Town held a meeting afterward and reached a decision to continue running 38 North as an independent research institute through separate donations amounting to some $2 million provided by the Carnegie Corporation and the MacArthur Foundation. It will be run by the founder of the 38 North website, Joel Wit, a former U.S. State Department official and negotiator with North Korea.

Wit told the JoongAng Ilbo he had nothing more to say on SAIS’s decision to shut down the institute.

Director Ku told the JoongAng Ilbo over the phone that he is “disheartened” that the institute “which took 12 years to build is ultimately getting shut down” over the issue of him stepping down and that its employees are losing their jobs.

He said he hopes that there will be proper evaluation of USKI’s achievements in the future.

Gallucci is no longer expected to hold a press conference, initially planned for this week to respond to various claims by the Korean government, because of SAIS deciding to close down the institute.

The Korean government has claimed that it never requested the replacement of USKI’s director and assistant director, that the institute’s budget and management has lacked transparency over the years and that it had not produced substantive results.

Gallucci, a distinguished professor of diplomacy at Georgetown University, previously served as a chief U.S. negotiator during the North Korean nuclear crisis of 1994.

Despite KIEP stating that it had independently decided to cut off funding to the USKI in compliance with reforms decided by the National Assembly last August, Hong Il-pyo, an administrative official at the Blue House’s Policy Office, has been reported in Korean media to have played a role in cutting off the funding.

A KIEP official said, “We plan to continue to support the SAIS Korea studies program and to set aside budget for the hiring of four employees including Korean studies professors.”

Choo Yong-shik, deputy chairman of the USKI and a professor at Chung-Ang University’s Graduate School of International Studies, said that for SAIS, this issue is one “which puts the school’s honor on the line.”

Choo told the JoongAng Ilbo in an interview Tuesday that last year, Korea asked SAIS to audit Ku, finding issue with accounting affairs, and that the school complied but found no problems. “Even so, the Korean side requested the replacement of Director Ku,” said Choo. “That is why SAIS sent a letter saying that it will maintain the Korea Studies program but close the USKI, and that if there is continued pressure, it will shut down everything.”

Choo helped establish the non-profit institute in 2006, along with its founding chairman, Don Oberdorfer, a former Washington Post correspondent.