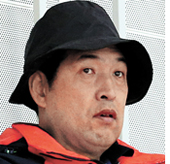 “Since I thought I could no longer continue my role as a KSU executive, I decided to step down from all my positions in the skating union,” Jeon wrote in his letter of resignation. “Whether the recent controversies are true or not, I apologize to the fans for the incidents. From now on, I will not accept any positions in relation to the KSU. Regardless of my resignation, I’ll cooperate with the ongoing investigation by the Ministry of Culture, Sports and Tourism.”

When short-track speed skating was first selected as an Olympic test event in 1987, Jeon was appointed as the head coach of the Korean national short-track team and took the helm for 15 years. Throughout his career, Jeon developed the Korean team into a short track powerhouse, and it won 11 golds, three silvers and four bronze at the Olympics between 1988 and 2002.

Despite his success, Jeon’s results-based approach and favoritism started to receive criticism in the mid-2000s, as fans began to pay more attention to athlete’s efforts and not just the awards they took home.

In 2010, Jeon stepped down from his position due to a match-fixing scandal. He returned shortly after, but once again had to resign after the 2014 Sochi Olympics due to conflict between athletes that trained at Korea National Sport University and those that didn’t. Jeon was once again reinstated last year in a last-minute attempt to ensure the Olympics was a success.

While Jeon has now resigned again, the Ministry of Culture, Sport and Tourism and the Korea Sport & Olympic Committee will continue an investigation that began on March 26. The ministry is looking into how athletes were chosen for the national team for the 2014 Sochi Winter Olympics and why the uniforms were changed at the last minute.

Aside from accusations of corruption in the KSU, other incidents related to the PyeongChang Olympics are now also being investigated, including short track star Shim Suk-hee being assaulted by her coach and the mistreatment of speed skater Noh Seon-yeong. The investigation was expected to be concluded by today but has been extended to April 30.