Ultra headliners are ready to rock : Above & Beyond on the energy of Korean fans and possible K-pop collaborations

Ultra headliners are ready to rock : Above & Beyond on the energy of Korean fans and possible K-pop collaborations 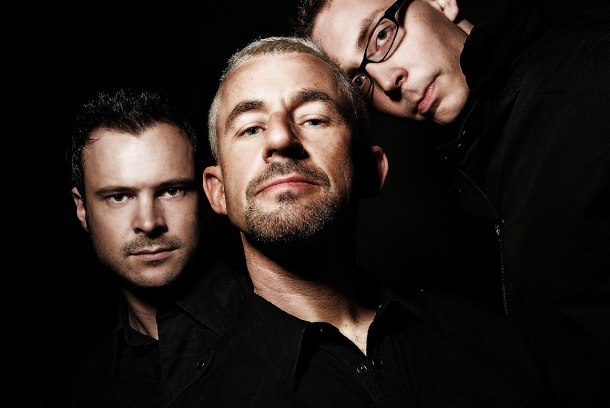 English electronic act Above & Beyond is composed of, from left, Jono Grant, Tony McGuinness and Paavo Siljamaki. They will be performing at Ultra Korea on Sunday. [ULTRA KOREA]

Electrifying beats will ring out from the Jamsil Sports Complex in southern Seoul for the next three days as Ultra Music Festival (UMF) Korea kicks off tonight. A dazzling array of world-famous DJs are coming in one after another for the festival to show off their skills on the turntables.

This year’s lineup, according to the organizers, is very similar to the original Miami UMF, a thrilling development for local electronic dance music fans. One of the acts coming to the festival is Above & Beyond (also known as A&B), an English electronic music group made up of Jono Grant, Tony McGuinness and Paavo Siljamaki. A&B will be performing at 9:30 p.m. at the Ultra Main Stage on Sunday.

Prior to their gig, the Korea JoongAng Daily spoke to the group via email to learn more about the trio. McGuinness responded to the email on behalf of the group.

Q. How did the trio first come together? Where does the name Above & Beyond come from?

A. We were all making music independently but got together in 2000 to do a remix, for Chakra Home. Tony was working at Warner at the time and a colleague of his was the A&R man for Chakra - it was Tony’s favorite record and in order to make sure the mix was as good as possible, he called Jono and Paavo to help. They’d just remixed a tune of Tony’s (Nitromethane “Time To Die”) and everyone loved the result. When the Chakra remix was finished they needed a name for it. Looking round the studio, Tony noticed a web page Jono had printed out from an American motivational trainer also by the name of Jono Grant, and his slogan was “Above & Beyond.” We all said, “That’s it!”

How would you introduce your music to those who are not familiar?

We make music inspired by our everyday lives and write songs based on real-life stories. Although we make music for clubs, we don’t write songs about partying, but about love, loss, happiness, hope and sadness.

Steve Aoki recently worked with Korean boy group BTS and the response has been huge. Is A&B also open to this kind of collaboration? If you could work with a K-pop act, who would you like it to be?

It’s very exciting to see BTS top the U.S. album charts, that would have been unthinkable a few years ago. To be honest we don’t know the scene that well but if there was a band whose style fits our own it would be interesting to see what could happen.

What’s your best memory of performing in Seoul?

We played in the Olympic Stadium with Ultra a few years ago and my main thought was how welcome everyone made us feel. We don’t come to Korea very often so the enthusiasm of the fans was a very pleasant surprise. Korea is a very exciting place to visit and we’ve made some good friends in Seoul over the years.

What do you enjoy most about being in A&B?

I think I speak for all of us when I say that we are so happy to be able to express ourselves honestly through our music and that people seem to like what we do. That’s a huge privilege. We’ve managed to build a very loyal fan base that we call the Anjunafamily and the way they interact with us and each other is really awesome, especially how kind and considerate they are to new fans. And they allow us to experiment, which is a great relief. We’ve done a couple of acoustic tours for a change and the response was incredible, as it has been with the few yoga sets we’ve done. We really are very lucky.

You’ve experienced both Ultra Music Festival in Miami and in Korea. How different are they in terms of the atmosphere?

DJ’s are the worst people to ask about festivals as we get to see such a narrow slice of them, it’s impossible to get a real impression of what they are like. We get thrust on stage from the bowels of the stadium and really only experience our set! It was a real honor to play in the Olympic Stadium, that’s for sure and we’re very much looking forward to coming back this week.

What do you most remember about fans in Korea?

I’m always blown away by how knowledgeable they are about our music and how loudly they sing along. Seoul is a long way from London but our Korean fans really make us feel welcome and for that we are very grateful. See you on Sunday!