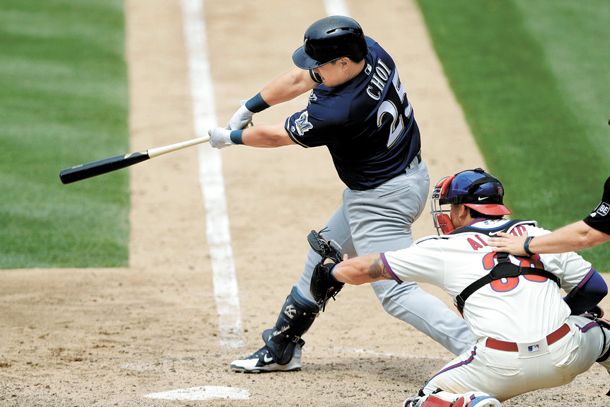 Choi hits the grand slam against the Philadelphia Phillies at Citizens Bank Park in Philadelphia on Saturday. [AP/YONHAP]

Choi Ji-man of the Milwaukee Brewers hit a grand slam at the top of the sixth inning during a game against the Philadelphia Phillies at Citizens Bank Park in Philadelphia on Saturday.

Choi, who appeared as a pinch hitter at the top of the sixth inning while the Brewers were losing 2-3, hit off Luis Garcia’s fastball for his first major league grand slam. The Brewers won the game 12-3. This is Choi’s second home run of the season.

As of Saturday’s game, Choi has a batting average of 0.233 with five RBIs.

After a year playing with the New York Yankees, Choi signed a minor league contract with the Milwaukee Brewers in January.