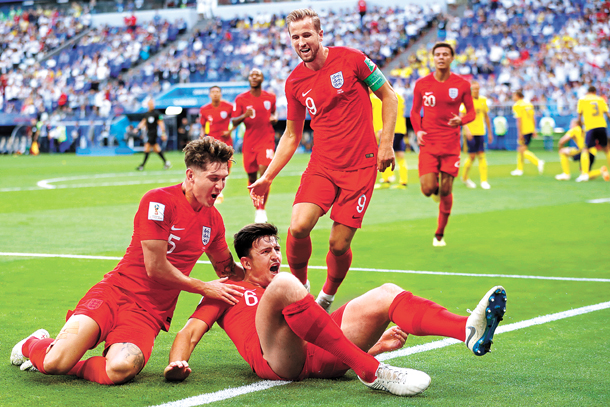 England beat Sweden 2-0 on Saturday to grab a spot in the semifinals of the 2018 FIFA World Cup. England will now face Croatia in the semifinals on Thursday July 12 at 3 a.m. Korean time. The other semifinal game, between France and Belgium, will take place one day earlier, at 3 a.m. on July 11.

The winners of the two games will play in the final at Luhzniki Stadium, Moscow. The game will be broadcast in the early hours of the morning on Monday July 16 here.