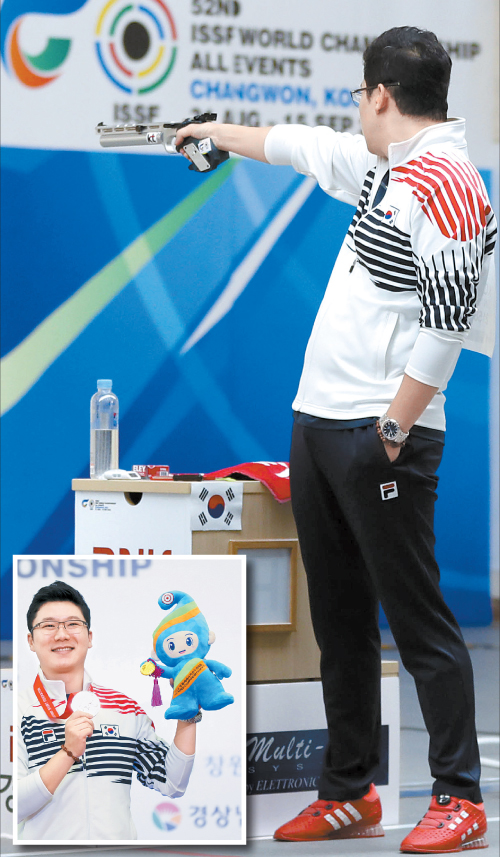 Jin Jong-oh takes aim during the men’s 10-meter air pistol final at the International Shooting Sport Federation World Championship at Changwon International Shooting Centre in Changwon, South Gyeongsang, on Thursday. The four-time Olympic gold medalist defeated Artem Chernousov of Russia to take the gold medal in a shoot-off after tying for the lead with a total of 241.5 points. In the shoot-off, Jin hit a 10.3 while Chernousov hit 9.5. This is Jin’s second victory at the event this year, as he won gold in the 10-meter air pistol team event earlier that day, competing alongside Lee Dae-myung and Han Seung-woo. Lee finished third in the individual event at 220.6 points. [YONHAP]