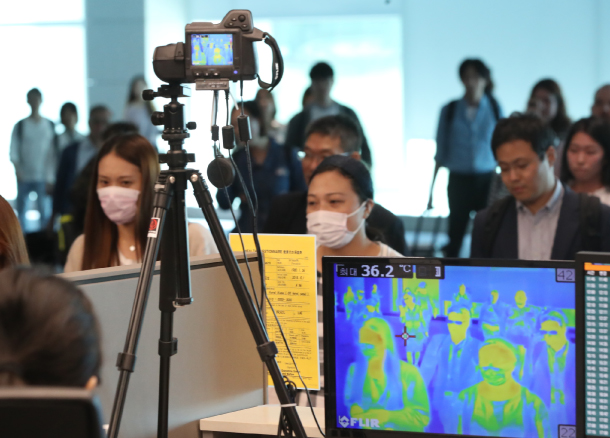 The Seoul government is seeking 64 foreigners who took the same plane as a Korean man who tested positive for Middle East respiratory syndrome (MERS), city officials said on Monday.

“District offices are in contact with hotels and guest accommodations in Seoul to identify where these foreigners are staying,” said Na Baek-ju, head of the city government’s citizens’ health bureau. “We will locate them all.”

Afterward, a government official will call each individual five times a day to check for any symptoms, a city official told the JoongAng Ilbo.

In a meeting with government bureaus on Sunday, Seoul Mayor Park Won-soon ordered city officials to locate everyone on the plane who is staying in Seoul.

“It is imperative to locate the whereabouts of all passengers on that plane, including foreigners,” he said in the meeting. “We cannot repeat the mistake we made years ago.”

An outbreak of MERS in 2015 killed 38 Koreans, infected 186 and led 16,700 who were in close contact with patients to be quarantined or remain at home.

The outbreak in Korea was the largest recorded outside of the Middle East. About 35 percent of those diagnosed with MERS die, according to the World Health Organization, and there is no vaccine currently available.

One of the biggest contributors to the crisis was hospitals’ poor response in containing the outbreak. The first patient, a 68-year-old man who had returned from a business trip to the Middle East, began to feel ill and visited several hospitals in Seoul before finally being diagnosed with MERS.

By the time he was diagnosed, he had come in close contact with enough people that the virus was able to spread at blinding speed.

The disease returned to Korea over the weekend when a 61-year-old man came back from a trip to Kuwait on Friday and tested positive for MERS on Saturday. He has been quarantined since Friday.

The city government said it was looking for 108 other people on the plane who are currently believed to be in Seoul.

However, they will not be quarantined or asked to stay at home, Jin Hee-sun, the deputy mayor of Seoul, said in a news conference at City Hall on Monday. Instead, officials will call them regularly to check on their condition.

Ten other people who came in contact with the patient have been asked to stay at home for up to two weeks, the maximum incubation period for the MERS virus, the city government said. During this time, officials from district offices are checking on them regularly, according to the Seoul government.