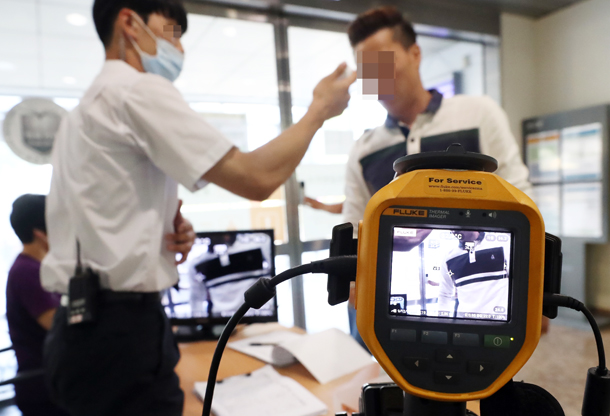 Ten people who showed signs of Middle East respiratory syndrome (MERS) tested negative for the virus, the Korean Centers for Disease Control and Prevention (KCDC) said on Wednesday. However, they will remain under watch until the virus’ two-week incubation period is over.

The 10 individuals are among 456 people that the KCDC is monitoring closely for symptoms because they might have had contact with a 61-year-old Korean man who contracted the virus. The man has been in quarantine since Friday after returning from a trip to Kuwait. He is the country’s first MERS case in three years since a deadly outbreak took the lives of 38 Koreans.

Most of the 435 people were on the same plane as the patient. The other 21 individuals include his wife, a cab driver who drove the man to the hospital, airport staff, plane crew and hospital staff. They have been asked to stay isolated at home for two weeks, the maximum incubation period for the virus.

The MERS coronavirus spreads via respiratory secretions, usually through coughing. Its mortality rate is around 35 percent, according to the World Health Organization, and there is no vaccine for it.

A deadly outbreak in Korea in 2015 killed 38, infected 186 and led to the quarantine or isolation of 16,700 who had close contact with patients. It was the largest outbreak of the virus outside the Middle East.

Health authorities have been contacting the 21 people regularly throughout the day to see if they are showing any signs of the virus, including fever, coughing, shortness of breath, pneumonia and diarrhea.

They are also working on locating all 435 people who may have had a contact with the patient, though not all of them could be reached.

A total of 27 people, all of them foreigners, could not be reached as of Wednesday, the KCDC said in a statement.

Authorities also located 27 people who took the same cab as the patient after he got off. “None of them have shown any symptoms so far,” the KCDC said.

The KCDC adjusted up the figure for people under watch on Wednesday to 456 from 439 the previous day after adding individuals who took the same cab as the patient and subtracting people who were initially thought to be close to the man on the plane and thought to be in the country, but had actually exited on another flight and are currently not in the country.

In a separate case, a Korean woman who returned from Dubai on Tuesday and showed signs of a possible MERS infection was tested on Wednesday. The result came out negative.

She was to be tested a second time in the afternoon, though the results did not come out as of press time. People suspected of the virus must pass two tests before they are pronounced clean of the infection.