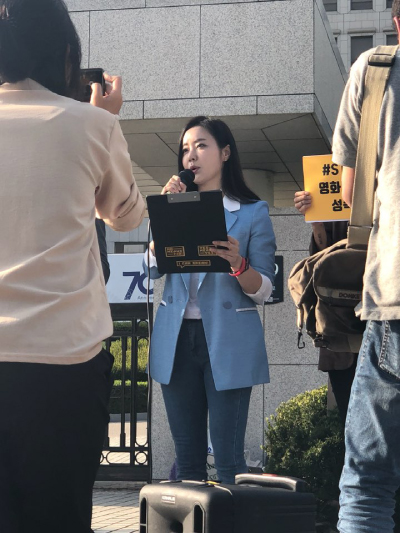 The lawsuit alleged that Jo, who was playing the role of an abusive husband, was not acting when he struck Ban on the shoulder in an elevator scene. Ban asserted that it was sexual harassment. The lawsuit also said that Jo stuck his hands inside Ban’s pants numerous times afterward.

Jo then appealed the case to the Supreme Court, which handed down the final guilty verdict on Thursday. He was sentenced to one year in prison, suspended for two years.

After the decision, Jo posted a 47-second behind-the-scenes video on his Facebook account that he had taken while the two actors were performing the scene in question. “Everyone, please see for your eyes and determine whether this is really sexual harassment or just acting,” Jo wrote in the caption.

In a news conference after the trial on Thursday, Ban said, “I hope that my trial will be the start of eradicating any filmmaking tradition that covers up sexual harassment in the name of acting.” Ban made herself public for the first time after the Supreme Court’s decision.