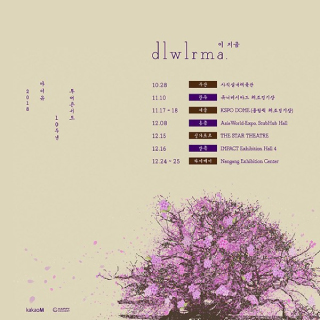 Singer and actor IU will embark on an international concert tour to celebrate 10 years as a recording artist, her agency Kakao M announced on Tuesday.

The tour will start on Oct. 28 in Busan. She will then head to Seoul to perform on Nov. 17 and Nov. 18 at the KPSO Dome in Songpa District, southern Seoul. The international leg of her tour will start in December when she performs in Hong Kong, Bangkok and Taipei. The final shows of the tour will be in Taipei on Dec. 24 and 25.

Pre-order tickets for the Busan concert will be available to IU’s fan club on Sept. 27 via Melon Ticket, while tickets will go on sale for the general public on Oct. 1. More ticketing information will be posted on IU’s official fan page and social media soon.

Last week, IU held a fan meeting titled “IU+” to celebrate her 10-year career, and asked her fans to dress up as movie characters for the occasion. After the event, the singer donation 100 million won to Child Fund Korea, an organization that provides resources to orphans.