Another day, another billboard

Another day, another billboard 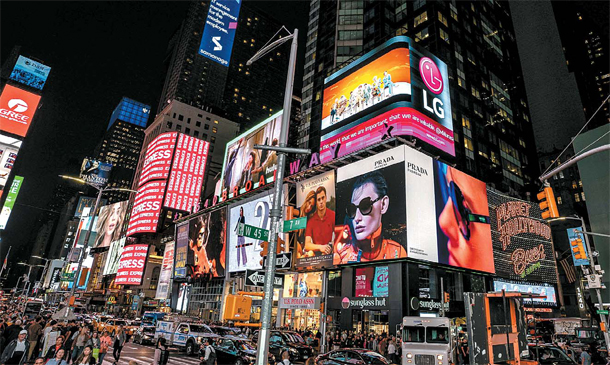 A BTS music video being played on a digital billboard in Times Square, New York. LG Electronics announced Monday that it showed the video on the billboard for 24 hours starting from Oct. 6, the night of BTS’s final performance in the North American leg of its “Love Yourself” tour.[YONHAP]