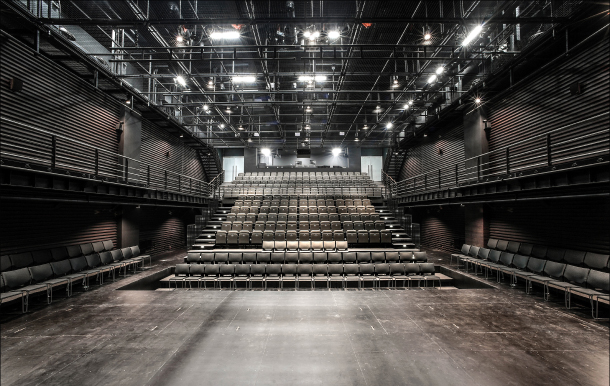 Sejong Center for the Performing Arts’ new S Theater, which is slated to open on Thursday, is a black box theater that allows performances to be put on more flexible stages and auditorium, different to the formation of conventional theaters.

The Sejong Center for the Performing Arts is celebrating its 40th birthday by opening a new theater for the first time in nearly a decade. The new black box theater, named S Theater, is located in the underground floors of the center in central Seoul, right outside the Gwanghwamun Station, line No. 5, exit 1 or 8. From the outside, only the glass framed entrance is visible with a large letter “S,” guiding audiences underground.

The new theater is slated to open on Thursday, with special performances under the “Sejong S Theater Opening Festival” to keep the space in a celebratory mood until Dec. 30.

Unlike a conventional theater, where the stage is located in the front and the audience facing it, a black box theater is simply a box-shaped theater space, allowing the performance group to flexibly change the setting to move the stage to the rear, or the center, or even to the edges. Arts centers across the country began building black box theaters relatively recently to stage more experimental theater works.

Although it’s somewhat late in offering a black box theater space, Kim Sung-kyu, the newly appointed CEO of the center, said as a city-run theater that sits in the heart of the capital city of Seoul, Sejong’s S Theater will be of the “highest quality, staging diverse performances that can make full use of the latest technology that can realize artists’ imaginations.” 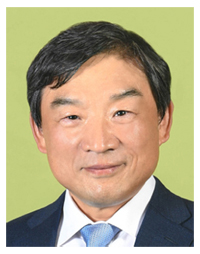 However, it seems like the center has been too busy opening the doors of the theater in time for the 40th anniversary that it wasn’t able to select a lineup that makes the best use of the new, experimental space.

From Thursday to Sunday, two music directors - Won Mi-sol and Lee Seong-joon - will come out of the orchestra pit, to talk and perform some numbers from popular musicals including “Moon Embracing the Sun,” “Music in My Heart,” “Frankenstein,” and “Jack the Ripper.” From Oct. 26 to 28, Korean jazz saxophonist Son Sung-jae and his crossover ensemble NEQ will show off some traditional Korean and jazz rhythms on stage. In November, the Korea National Contemporary Dance Company will stage contemporary dance pieces in the theater, followed by Seoul Metropolitan Theater’s new work titled “White Ant in Desert.”

The scheduled performances do not necessarily require a black box theater as they will not be making drastic changes to the setting of the theater.

“Unfortunately, we were not able to prepare performances that will change the formation of the stage and the auditorium,” said Kim Hee-chul, head of the Performing Arts department of the center. “But starting next year, we are planning to stage some experimental works that will make the new theater worth its existence.” 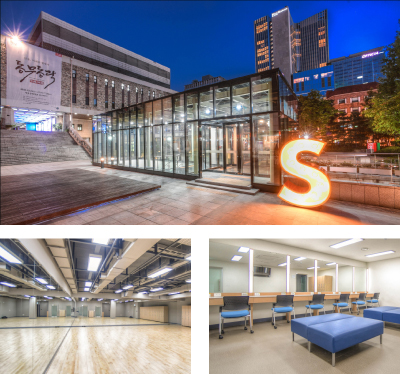 Top: The entrance to the S Theater, which is located on two underground floors of the Sejong Center for the Performing Arts. Above left is the practice room inside the S Theater and above right is one of the dressing rooms.

Kim Kwang-bo, director of the Seoul Metropolitan Theater said he tried to select the piece for the opening festival that really made use of the new theater’s capabilities, but “could not find one.”

“At the end of 2016, we were getting ready for the opening piece, so we held a contest,” said Kim. “However, among the 50 pieces that entered the contest, none of them were really experimental enough.

So we decided to go with a literary lineup instead.”

The new S Theater can seat 300 people. It is also equipped with a practice room, dressing rooms, showers, lockers and waiting areas.

With the addition of a new theater, the Sejong Center for the Performing Arts now has four theater halls, the Grand Theater, the M Theater, the Chamber Hall and the S Theater.