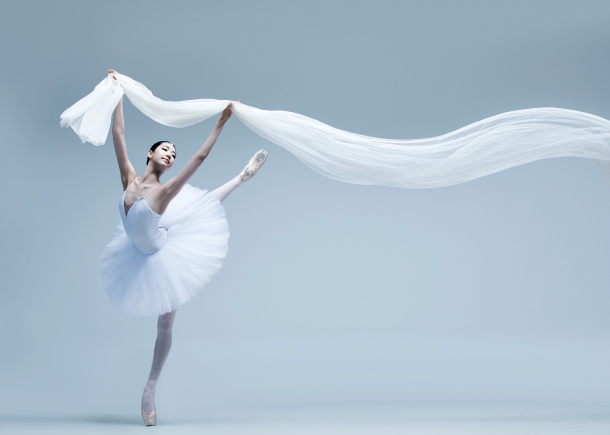 “La Bayadere” is a classical ballet masterpiece so grand it is difficult to stage frequently. The iconic 19th-century ballet was created by French choreographer Marius Petipa (1818-1910), who is considered one of the world’s most influential ballet masters.

Among Petipa’s many great works, “La Bayadere” is the largest in scale in terms of dancers as well as the staging. In 1999, “La Bayadere” premiered in Korea at the Sejong Center for the Performing Arts in central Seoul and was put on by the Universal Ballet Company (UBC). It cost the ballet company 800 million won ($702,490) to stage the production - the most the company had ever spent on a show at the time.

As this year also happens to mark the 200th anniversary of Petipa’s birth and the 40th anniversary of the Sejong Center for the Performing Arts, UBC decided to, once again, collaborate with the arts center to bring the masterpiece back to Korea. The ballet company even invited two world-renowned dancers from Russia to play the roles of the Indian temple dancer Nikiya and the warrior Solor - Svetlana Zakharova and Denis Rodkin. They will appear in two of the show’s five performances that kick off on Thursday. UBC’s two principal dancers Kang Mi-sun and Hong Hyang-gee have also been cast to alternate in the role of Nikiya.

But surprisingly, among the big name ballet dancers, there was an unexpected casting that caught the attention of many local ballet fans. UBC’s youngest ballerina, the 18-year-old Kim Yu-jin, has been cast to play the difficult, emotionally demanding role of Nikiya. Currently a corps de ballet in the company, or an ensemble member, Kim joined the company at age 16 as the youngest professional dancer the company had ever hired.

It’s not the first time that Julia Moon, director general of UBC, went ahead with an “extreme casting” choice, according to some critics, for “La Bayadere.” In 2010, when the company was staging the work, Moon decided to let ballerino Kim Ki-min, then a college student, to play the role of Solor. He is currently a principal dancer in the Mariinsky Ballet in Russia.

Unlike other dancers performing Nikiya, Kim’s performance on Saturday afternoon will be her first. Although she is a lot younger than the other Nikiyas and 13 years younger than Lee Dong-tak, her on-stage partner, Kim is determined that her Nikiya will “not be a young delicate girl, but a mature and beautiful woman.”

The Korea JoongAng Daily sat down with Kim for an interview last week at UBC in Achasan, eastern Seoul, to hear more about how she is prepping for her Nikiya debut. The following are edited excerpts from the interview. 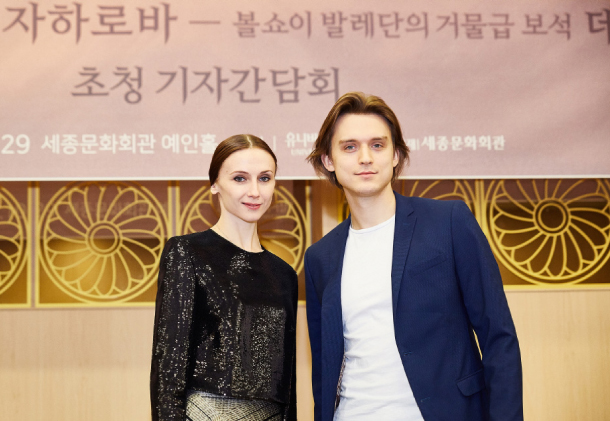 How is rehearsal going?

A. It’s really tough, physically and emotionally. I have a countdown on the main screen of my cell phone and I was surprised that as the day came closer, I become less nervous. I just want to go out there and put on the performance now. I guess I feel like I am ready. Up until yesterday, my teacher was telling me that they couldn’t see the emotion of Nikiya at certain point, but after today’s rehearsal, they finally told me that it was great overall. I finally feel like I found Nikiya in me.

This is not your first time playing a leading role. You’ve played the lead in “Giselle,” “The Nutcracker” and others as well. Why do you think this character is especially difficult?

The work itself is very emotionally heavy. Of course, the other shows I have been a part of are also masterpieces but “La Bayadere” felt like such a heavy role. I think it’s because Nikiya is not just a young and charming girl. She’s already a mature woman, who is already deeply in love with Solor. The basic plots of “Giselle” and “La Bayadere” may seem similar: a desperate relationship between two lovers from different social classes. The woman gets betrayed but forgives the man because she loves him. In “Giselle,” you see Giselle slowly falling in love. There are still shy, girlish aspects to her. But Nikiya is already a mature woman who is deeply in love with this man from the start. I think it was difficult for a girl my age to really understand that and portray it on stage. I asked my mother a lot about love and asked the male dancers to teach me how to express love on stage, how to embrace a man and how to look at someone’s eyes with love. I won’t say who it was, but one taught me very well. The teacher asked me the next day what I did to suddenly be able to express love [so convincingly] (laughs).

How did you feel when you saw your name on casting board for the role of Nikiya?

I was dumbfounded at first. I saw my name on the first line and it was written in English so I just stood still in front of it for a while, just to make sure it was me. I checked to see if my name was written down for another role, to see if there was another Kim Yu-jin I wasn’t aware of, but it was really me.

What kind of Nikiya do you want to show to the audience?

I just want my Nikiya to be portrayed as a beautiful woman on stage. A mature woman. Although I am young compared to other ballerinas playing Nikiya, I don’t want to put that forward. I am confident that I won’t look that young on stage. Many people tell me I don’t look anything like I am 18 (laughs).

You recently won first prize at the Arabesque 2018 Russian Open Ballet Competition. Can you tell our readers about the competition?

It was in April of this year, but it feels like ages ago. I prepared for it for about two months. It was the first competition that I prepared for after joining UBC so it felt quite different. I guess I felt a greater weight on my shoulders because there are now expectations. I wanted to get the first prize, but I didn’t really expect that I would because it’s such a big competition in Russia.

You joined UBC at 16. You could’ve gone to college. Why did you decide to join the company at such a young age?

I thought about going to college, especially because Korea is a country where having a college degree is almost a must. But when I was thinking about college, the company offered me the position. It was an honor, and I was so happy, but I couldn’t say yes right away. I knew I wanted to learn more but it was either at a university in Korea, at a professional ballet company or at a school overseas. I was hesitant about joining the company because I didn’t know if I could adjust to the social life ... The UBC having such a wide repertoire really helped me make up my mind. I wanted to watch older dancers and learn. You can also learn at college, but it’s totally different. I can always go to school later.

If you could play another leading role, what would you like it to be?