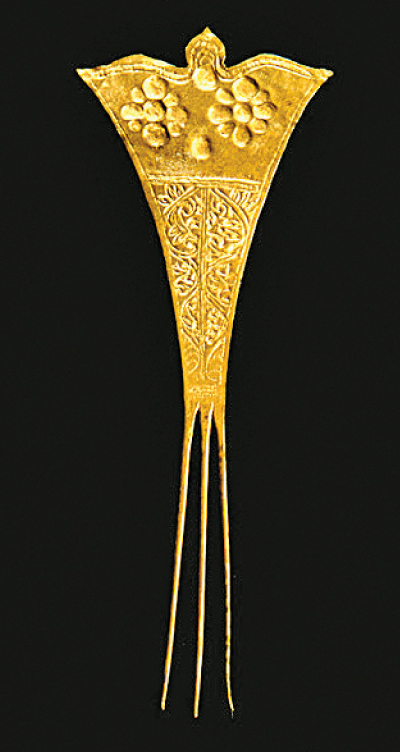 It has an inverted triangular shape, with a wide upper part and narrow lower part.

Considering its three long pin-shaped bottom ends, it is believed to have been fixed in the hair.

The inverted triangle’s upper part is shaped like a bird with extended wings, while the three sticks on the bottom resemble a bird’s long tail.

Overall, the pin is shaped to resemble a bird in flight.

Flower patterns are etched on both wings.

Vine patterns are densely and symmetrically placed under the floral patterns.

The edge of the bird’s head and wing are decorated with a line of many small chiseled dots.

The patterns on the chignon ornament are all depicted using the tachul method, making embossed patterns on a plate by hitting its backside.

Considering the three strips on the bottom, it was supposedly used as a hair ornament for special rituals.