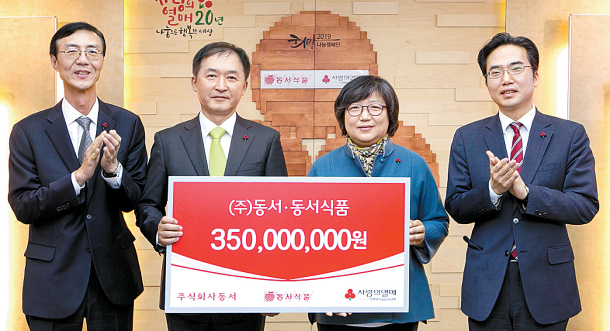 Dongsuh and Dongsuh Foods announced on Dec. 20 that they will donate 550 million won ($487,000) to Community Chest of Korea, ChildFund Korea and The Korea Foundation for Women (KFW) to help people in need at the end of the year.

Donations are expected to be used to support the basic livelihood of vulnerable groups such as elderly people living alone, children and low-income multiethnic families living by improving health care support and housing.

“We donate money to help socially disadvantaged people have a warm and hopeful year for the year-end and New Year holidays,” Dongsuh said in a statement. “By helping our neighbors in need, we hope that our society becomes happier.”