Jeong earns a place at the top

Jeong earns a place at the top 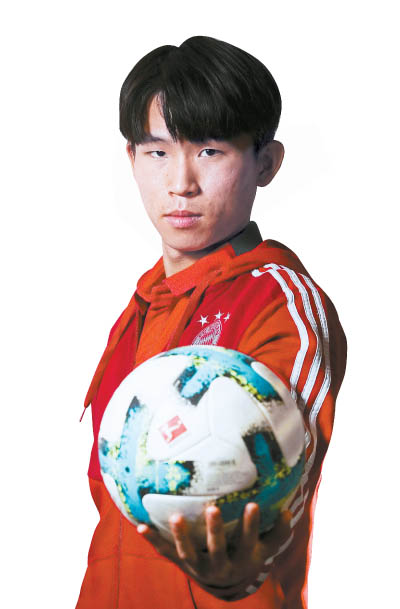 For Jeong Woo-young of Bayern Munich, 2018 was an unforgettable year. 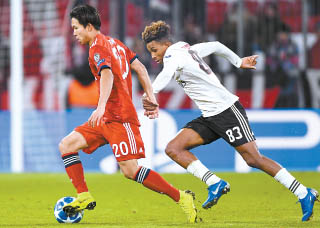 Just two years ago, Jeong was a normal high school student at Daegun High School in Incheon who liked playing football computer games with his friends after school. One year later, Jeong found himself on a pitch playing with the real-life versions of his favorite players.

“They were the players I saw in the computer game,” Jeong said. “I still can’t believe that I played with [Arjen] Robben and [Franck] Ribery.”

Less than two years after Jeong left school to pursue a career in Europe, he made headlines in November last year when he made his debut with the German Bundesliga club at just 19. When Jeong took to the pitch during Munich’s UEFA Champions League Group E match against Benfica on Nov. 27, 2018, he became the youngest Korean football player to ever debut for a Bundesliga club.

Jeong’s Bundesliga career began on June 30, 2017, when he signed a contract with Munich from Incheon United. Jeong officially joined the club on Jan. 1, 2018.

Much like Son Heung-min before him, Jeong was not a player of note in Korea. With aspirations of playing in Europe, the plucky young midfielder spent most of spring 2017 going from club to club in Europe, trying out for every German and Austrian club willing to give him a shot.

“Munich’s top division players were divided into two teams and were playing a practice match,” Jeong said. “And they told me to play too. I was bewildered at first because I saw the players that I used to see in computer games. But I started thinking that I was there for a tryout and kicking a football will be the same in Korea and in Europe. So I played with confidence and I think I impressed them.”

Jeong not only impressed the coaches, but also some of the senior players. When French international Ribery found out Jeong was only 17, he complimented him and gave him a thumbs up.

Jeong started playing football as center-midfielder and switched his position to winger in 12th grade. As a result of the position change, Jeong has great passing and breakthrough ability.

As he plays as a winger on either side, Jeong’s playing style has been compared to Eden Hazard of Chelsea.

“When I get a day off, I watch clips of Hazard and Neymar,” Jeong said.

For a young player like Jeong, joining a club like Munich can be a bit of a poisoned chalice. The name of the club brings prestige, but the chance of ever making the first team is incredibly slim on a roster that already has so many international superstars.

“Of course it’s not an easy challenge,” Jeong said. “But my dream was to play for the best team. I’m not afraid of failure so I wanted to challenge it quicker if it was possible.”

When Jeong first joined Munich’s second division team, he didn’t see very much of the ball.

“The German players had a very strong pride,” Jeong said. “Even from the training, I told myself to be the best in all the categories. When we played a shooting game, I tried to be the top scorer. Once I started winning, I started to get passed the ball.”

Jeong is the second highest scorer in Bayern Munich’s B team this season, with nine goals and four assists.

His hard work finally paid off in November when he was called up to the first team as an 81st minute substitute.

“It was only in the beginning where I thought ‘am I really playing,’” Jeong said. “But that was very brief. I have my own routine. I got on the pitch smiling and telling myself to enjoy the moment and to have fun.”

When Jeong was substituted in, Thomas Muller encouraged him by telling him in German to give it his all and enjoy it.

In addition to Jeong’s hard work on the field, he is also working hard off the pitch to improve his German.

“Even if I don’t understand, I turn on German dramas on television,” Jeong said. “Son, who made his debut in the Bundesliga at 21, seems like he worked really hard. To get to that position in his career now, I want to be like Heung-min.”

Although Jeong has only made one appearance for Munich’s top team, he is now seen as the future of Korean hopefuls, along with Lee Kang-in of Valencia CF. Lee also made his debut for Valencia during the first leg of the Copa del Rey round of 32 last year.

The players are expected to be the ones to lead the U-23 squad at the 2020 Tokyo Olympics.

“Both Kang-in and I started playing for the Incheon youth team,” Jeong said. “When I was in sixth grade, Kang-in was in fourth grade. Kang-in has great passing. I want to wear the Taeguk mark and play at the Tokyo Olympics with him.”