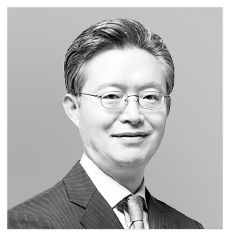 Hwang Joon-kook
The author is a former Special Representative for Korean Peninsula Peace and Security Affairs and former ambassador to the United Kingdom.

A series of summits with North Korean leader Kim Jong-un is expected to be held soon. The same happened last year. Yet North Korea continued to develop its nuclear programs and international sanctions slackened. As the alliance is shaken and security falters, it’s good tensions have been eased — but a new era of peace has yet to arrive.

2018’s highlight was the North Korea-U.S. Singapore agreement on June 12. The choice of words made me think that the United States accepted North Korea’s draft without modification. It showed how successful the North’s desperate nuclear diplomacy had been with the United States, whose national strength is several hundred times superior.

Just because a top-down summit diplomacy is in progress, doesn’t mean a miracle of denuclearization will happen. U.S. President Donald Trump came to the negotiating table in person because North Korean nuclear development’s success over the past three decades has made the nuclear threat real — not because of the Pyeongchang Winter Olympics or because Kim’s denuclearization vision was different from those of his predecessors.

In his New Year’s address on Jan. 1, Kim said North Korea would neither produce, nor test additional nuclear weapons. Considering how the North’s words and actions’ consistency on the nuclear program, it will most likely maintain the current estimate of 40 nuclear weapons for the time being and continue to produce nuclear materials, such as highly enriched uranium (HEU) and plutonium — especially since HEU can easily be concealed. North Korea is presumed to annually produce about 200 kilograms (441 pounds) of HEU, enough to make 10 nuclear weapons. While no one can know for certain, it is seen possessing 80 nuclear weapons, or HEU ready for weapon incorporation, by 2022, when the Moon Jae-in administration ends.

You shouldn’t think a North Korea possessing 40 or 80 nuclear weapons makes little difference to South Korea. Quantitative expansion means securing nuclear deterrence against the United States through secondary nuclear strike capability. If North Korea pursues the qualitative improvement of intercontinental ballistic missiles (ICBMs) and the continental United States is threatened, the reliability of the U.S. nuclear umbrella will be undermined. Even with the U.S. forces in South Korea, the South-U.S. alliance could become vulnerable. It’s the key point of the North’s nuclear development.

What to watch for in this year’s North-U.S. negotiation is HEU. Complete denuclearization before North Korea’s regime change is nearly impossible because HEU facilities still evade U.S. satellites. On top of that, humint (human intelligence) is insufficient: if Pyongyang agrees to a shutdown of the Yongbyon nuclear facility in North-U.S. talks, experts project that 30 to 50 percent of the North’s HEU production capability would be abandoned.

It will take a few years to negotiate details and implement agreements. In the meantime, North Korea can secretly add HEU production facilities outside Yongbyon to offset the effects of dismantlement. While the overall nuclear program, including facilities other than Yongbyon, should be frozen first, North Korea won’t show the entire picture. Freezing the nuclear program is practically impossible.

The key point is that the corresponding measures by the United States and South Korea should be proportional. Partial denuclearization measures before the whole picture is understood — such as a shutdown of the Yongbyon nuclear facility — should not be over-interpreted or over-packaged.

It is natural we wish for denuclearization and peace. But we should not be pleased just because Kim spoke of denuclearization in person. We must not say we contributed to peace by trying to find ways to ease sanctions, help North Korea economically and pull out guard posts in the demilitarized zone (DMZ) even when North Korea has not yet kicked off denuclearization. Many people would agree to a constitutional petition by some 200 retired generals expressing concerns for weakened security stance.

While we make all possible efforts for denuclearization talks, we need to think about how to defend ourselves from a dictatorial state with a nuclear program. We cannot trade our alliance and security for peace. Isn’t this history’s lesson — that peace comes only when security is strong?

What’s important is people’s ability to distinguish fake from truth. In a country where public opinion matters most, the government can stand strong when people have the right ideas. As citizens of a divided country surrounded by powers, we should be aware security is directly related to our daily lives. The first solution to the problem is raising a question as to whether South Korea really is secure nation when it has no air-raid shelters, even though it’s one of the most vulnerable among 200 countries around the world.