Korea walked away from the 2019 Four Continents Figure Skating Championships without a medal but had a promising finish for a country that has struggled to make an impact at the tournament since Kim Yuna won the gold 10 years ago. 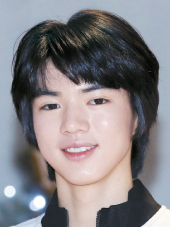 The best result was in the men’s tournament, where Cha Jun-hwan finished sixth with 255.83, the highest-ever finish by a Korean male skater at the Four Continents.

Cha finished the first day at the Honda Center in Anaheim, Calif., in second place after earning a personal-best score of 97.33 points in the short program, 2.85 points behind Vincent Zhou of the United States.

Things went wrong in the free skate. Cha had a wobbly landing on his opening jump, a quadruple toe loop. He bounced back with a clean quadruple salchow and then a triple lutz-triple loop combination.

But he was shaky with his fourth jump element, a triple axel-double toe loop combination, and cost himself more points with his final triple-single-triple jump combination. He earned 158.50 points in the free skate, the eighth-best score in the field and nearly 16 points off his career high.

Shoma Uno of Japan won the men’s Four Continents title with 289.12 points. He was in fourth in the short program with 91.76 points but topped everyone with 197.36 points in the free skate to climb to first place overall.

In the women’s competition, Lim Eun-soo was also undone by her free skate. The 15-year-old ranked seventh overall with a two-day total of 191.85 points, but only got 122.71 points for her free skate.

Lim was followed in the ranking by Kim Ye-lim in eighth place with 123.51.

Although Korea failed to place above seventh for the first time since 2016, both Lim and Kim were competing at the Four Continents for the first time. Last year, Korea’s Choi Da-bin finished in fourth place, narrowly missing out on a podium spot. Choi did not compete this year.

Lim and Kim’s top-10 finishes could suggest a promising future for Korean women’s figure skating. Both athletes have found success this year. In her debut senior season, Lim has won gold at the CS Asian Cup, silver at the U.S. Classic and bronze at the Rostelecom Cup. Kim became the only Korean female figure skater apart from Kim Yuna to qualify for the ISU Junior Grand Prix final, where she finished sixth.

The next major competition of the 2018-19 figure skating season will be the ISU World Figure Skating Championships in Saitama, Japan, beginning on March 18.