Is Son in running for EPL Player of the Year?

Is Son in running for EPL Player of the Year?

With only a few months remaining in the 2018-19 English Premier League (EPL) season, Son Heung-min of Tottenham Hotspur could be in the running for one of the league’s biggest honors, the Player of the Year award. 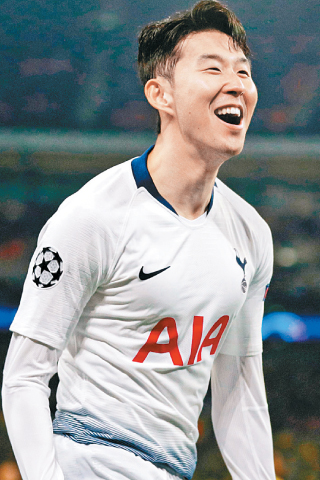 According to Oddschecker, a website that aggregates betting odds, Son has the sixth best odds among British bookmakers when it comes to the Player of the Year award. Top sports gambling websites in Britain are offering an average odds of 20 to 1 on Son winning Player of the Year, beaten only by Virgil van Dijk and Mohamed Salah of Liverpool and Sergio Aguero, Raheem Sterling and David Silva of Manchester City.

Sports betting is popular and legal in Britain and bookmaker’s odds are a common gauge of a player or team’s popularity and potential. They are not infallible, however - in 2016 Leicester City won the Premier League despite odds of 5,000 to 1 against them.

Son may not have seen much action at the beginning of the season, but ever since he returned to Spurs after the Asian Football Confederation (AFC) Asian Cup in January, he has been the hottest player for the Premier League club.

Despite a tough schedule with international commitments, Son has been working hard to make up for the absence of Spurs players Harry Kane and Dele Alli. Son has scored 11 goals in the last 12 matches. With his latest goal against Borussia Dortmund during the first leg of a UEFA Champions League round of 16 match, Son has scored 16 goals this season - 11 in league matches and five in cup matches.

Son won his first-ever EPL Player of the Month award in September 2016, becoming the first Asian player to be given the title. Son continued his strong form for the remaining season to win the award for a second time in April 2017.

Winning twice in a single season was no small achievement - only 42 players have ever managed it. During that season, Son scored a total of 21 goals.

Not only may Son have a shot at exceeding that this season, but he has also proven crucial in helping Spurs maintain their spot near the top of the EPL. This season, Spurs are ranked third with 20 wins and six losses, totaling 60 points. They are only five points behind leader Manchester City and runner-up Liverpool.

Spurs will be back in action this weekend as they are scheduled to play an EPL match against Burnley FC.