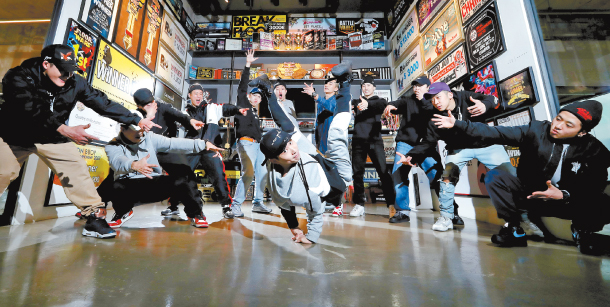 It’s 2019 and break dancing is now considered a sport.

Starting from 2020, a city’s organizing committee for an Olympics can suggest additional sporting events to be added to the Games. The Paris 2024 organizing committee is suggesting break dance, which was hugely successful at the Buenos Aires 2018 Summer Youth Olympic Games in October last year.

Along with break dance, sport climbing, skateboarding and surfing will once again be recommended. As the three sports are making their debut at the 2020 Games in Tokyo, the Paris organizing committee’s decision to add break dance to the list comes as a big surprise as it has never before been competed at any adult Olympics.

One big argument in favor of adding new sports to the Olympics is its falling popularity.

Looking at the last few Olympics, the international audience has been steadily declining and increasing in age. While teenagers and sports fans in their 20s are still crazy about Europe’s Champions League and the MLB, traditional Olympics sports like fencing, swimming and track and field don’t pull in as many young fans.

This need to appeal to a new generation of sports fans is what prompted the International Olympic Committee (IOC) to allow each host city to add new sports.

The decision regarding the addition of these events is expected to be announced in December next year.

The inclusion of break dance is not only popular in European countries. Korea, home to one of the world’s best B-boys and break dance crews, is also very happy with the proposed sport.

Break dance, also known as breaking in the United States, originated in the South Bronx of New York City during the 1970s. The dance includes technical movements with names like windmill, headspin and freeze.

Although break dance originated in the United States, Korea arose as the new powerhouse in recent years. In fact, according to bboyrankingz.com, Korea’s Kim Heon-woo, known as Wing, is the top ranked B-boy in the world. Korea’s Jinjo Crew is ranked second.

There are 15 B-boys in Jinjo Crew, named after a Chinese character meaning rising fire. All 15 members perform professionally under B-boy nicknames. Established in 2001, Jinjo Crew has topped the world ranking five times - in 2008, 2011, 2012, 2013 and 2018 - and is the only crew in the world to have won all five major break dancing tournaments.

Once the points from three recent tournaments get updated, Jinjo Crew is expected to be the new top ranked team in the world.

“Years ago, people had a negative views of us just because we dance,” said Jinjo Crew leader Kim Heon-jun, also known as Skim. “If we compete at the Olympics, we’ll be giving courage to young dancers who share the same dream as us.”

When Skim first started dancing, he was given more negatives than positives as break dance wasn’t well known in Korea. To prove everyone wrong, Skim worked harder than anyone to be the best and to get recognition.

“I wanted to show the world that we can be successful by dancing,” Skim said. “For five years, since 2001, I practiced from 11 at night to nine in the morning. In a year, I only had five days off. I ate dosirak [lunchboxes] from convenience stores, but I didn’t feel tired at all.”

Despite the negative views of other people, Lee Seung-jin, known as Fleta, said he was also given some words of encouragement by the people around him and that was the motivation that led him to continue dancing.

“My friend’s mom told me once that if I don’t give up on what I do, I can be successful,” said Fleta. “That encouraged me a lot. Even the top League of Legends gamer Faker was given encouragement by his grandmother.”

Successful B-boys like the Jinjo Crew members make enough money just by being a B-boy that they don’t need another job. The prize at a major tournament is worth about $20,000. Although that prize money is not a lot compared to other sporting events, the crews still travel to about 50 different countries each year to perform.

Another Jinjo Crew member, Vero, is looking forward to the possible addition of break dance at the Paris Olympics as France is another country where the sport is considered very popular.

“In France, they even have a national B-boy crew,” Vero said. “If [break dance] is competed at the Paris Olympics, France will have the second highest number of dancers competing, after the United States.”

However, even if break dance does officially get included at the Olympics, the evaluation and format of the competition has not been announced. So far, it’ll have three different events - men’s and women’s individual events and a team event.

The individual competition will likely be competed in a one-on-one battle format. Each dancer will perform for 30 to 50 seconds in each of the two to three rounds. The team event is expected to see eight B-boys and B-girls from each crew perform in a team battle.

Just like figure skating, the judges will score them based on performance, skill and creativity.

Korea is especially strong in style moves and is used to getting compliments from the judges every time they perform new choreography.

Although break dance has not officially been added to the Paris Olympics yet, Korea got off to a head start in its preparation to compete at the Games. On March 17, the Korea Breaking Federation was established. Since Korea is home to top-ranked teams and dancers, they’ve set their goal on winning gold.

“Just like the name of our crew, in Paris, we’ll fire up our passion for dance,” said Lee Jin-ho, known as Kazino.