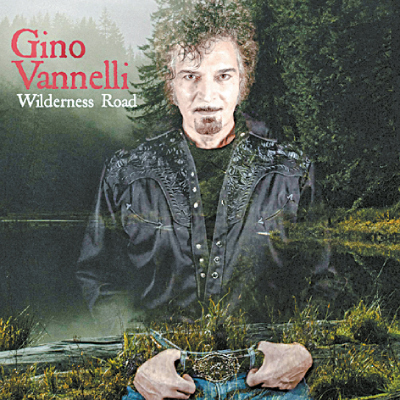 
Looking for a jazzy follow-up to George Michael’s “Kissing a Fool’’? Try Gino Vannelli’s “Gimme Back My Life.’’

It’s one of the standout tracks on “Wilderness Road,’’ the 20th album of the Canadian crooner transplanted to Oregon and his first of all original tunes in over a decade.

“Gimme Back My Life’’ hits plenty of regretful, yearning notes, as a lover laments the eviction and departure, and asks for another chance - “I packed my bags in such a rush/I forgot to pack my happiness.’’ Given an opportunity, it could be a smash.

“Wilderness Road’’ is on the jazz/adult contemporary end of the spectrum, songs written on acoustic guitar though the arrangements lean more on piano and Vannelli’s effective drumming. Vannelli plays nearly all of the instruments on the album, with contributions mostly on backing vocals.

“Wayward Lover’’ gets a new reading - having appeared already on “Canto,’’ Vannelli’s 2003 multi-language album of classical pop. This time, Vannelli’s performance has more intimacy, but without losing its vocal power. AP