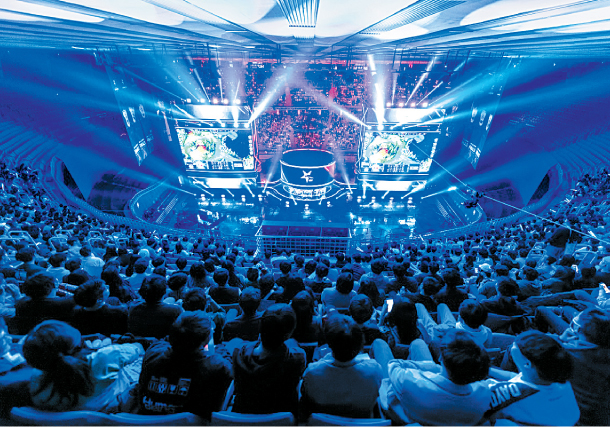 Every Saturday, tens of thousands of sports fans flock to Jamsil, southern Seoul, to watch the KBO’s Doosan Bears or LG Twins duke it out with whoever comes to face them at Jamsil Baseball Stadium.

April 13 was no exception - the Twins and the Bears actually faced each other, the Twins won - but the legions of baseball fans were joined by a whole new generation of sports fanatics - Esports had arrived.

Much like for the Jamsil derby taking place a few hundred meters away, tickets for the League of Legends Champions Korea (LCK) sold out in just a few minutes after going on sale. Fans turned up to the Jamsil Arena waving flags in support of their favorite team - SKT T1 took on Team Griffin - many sporting homemade signs with messages to their favorite competitors.

These fans wouldn’t have looked out of place at the nearby baseball game or an international football game - so far, so sports.

Yet as any K-pop aficionado can tell you, legions of screaming fans do not a sport make.

Luckily, LCK had a lot more to offer than just dedicated fans. The KBO’s Jamsil derby taking place down the road might be one of the most popular fixtures of the league’s regular season, but it pales in comparison to the LCK when it comes to drama - the championship game might have been the most exciting match-up since the event was established in 2012.

Team Griffin had an upset throughout the regular season by topping the league with 15 wins and three losses, pulling ahead of SKT T1, the popular favorite. SKT T1 is the most dominant team on the circuit with seven LCK titles to its name. Team Griffin, on the other hand, is the youngest team in the league, with only three years of professional gaming under its respective belt.

But, as is often the case in sports, the championship ended up being a lot less dramatic than anyone expected. SKT T1 won the contest in straight sets, putting Team Griffin firmly back in its place.

The championship game was played in a best-of-five format.

By winning the title, SKT T1 reclaimed the top spot, for the first time since 2017. The win also allowed SKT T1 to qualify for the Mid-season Invitational (MSI).

The victory marks a great comeback for SKT, as it had a rough 2018. After a dominant 2017 season, where it won the LCK Spring and MSI, SKT T1 finished the 2018 season without a single title. Staying true to the form of many struggling sports teams, SKT T1 replaced all of its members except for Faker, the most famous player.

The popularity of computer gaming has been steadily growing for years, with tournaments pulling in huge crowds across the world and the best players taking home millions of dollars in prize money, but it wasn’t until the Asian Games that Esports began to inch closer to the recognition it craves - that of a real sport. 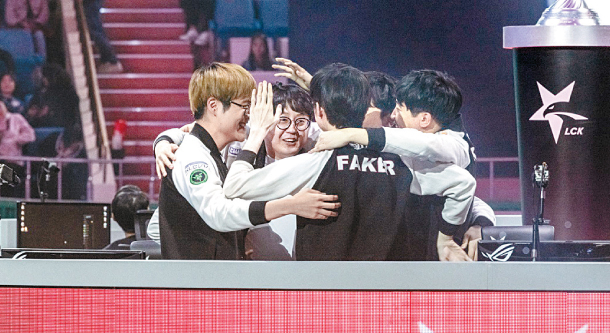 On Oct. 19, 1972, Bruce Baumgart, a student at Stanford University in California, won a year’s subscription to Rolling Stone magazine after triumphing in a five-man-free-for-all Spacewar! competition. Forty-six years later, on Aug. 26, 2018, Team OG took home $11 million in prize money at The International 2018 in Vancouver. Esports has come a long way since Baumgart first plugged in his DEC PDP-1.

Today, millions of viewers tune in from around the world to watch gaming competitions. The emerging sport is particularly popular with younger viewers, prompting the Olympic Committee of Asia (OCA) to add it as a demonstration event at the Asian Games. Esports wasn’t the only sport popular with younger audiences that they turned to - skateboarding, 3x3 basketball, paragliding and climbing were all newly added to the 2018 Asian Games.

Of the many different games being competed internationally among professional gamers, League of Legends (LoL) has certainly done its part in expanding the popularity of the game. LoL is perhaps the most popular computer game among younger players and spectators.

The 2017 LoL Championship easily exceeded one billion views and the final game was streamed live by over 57 million people. At the LCK in Jamsil, all 5,000 tickets sold out in minutes. Tickets initially started from 15,000 won ($13) but were resold online for more than 10 times that price.

The Asian Games isn’t the only event starting to warm up to Esports. As one method to attract younger viewers, the International Olympics Committee is slowly opening up to the idea of adding Esports to the Olympic Games.

In 2017, the International Olympics Committee recognized Esports as a sport and it was reported that the organizing committee for the 2024 Paris Olympics is in talks about including Esports as a demonstration sport at the upcoming Games.

Whether Esports is a sport or not really comes down to personal taste, but the thousands of fans cheering in the stands in Jamsil on April 13 have clearly already made up their minds.