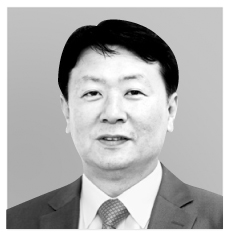 There is a naive mindset about the Korea-Japan relationship. Some think all will be well once the two countries separate past issues from present ones. They advise Seoul to reach out to Tokyo over pending issues like the North Korean nuclear situation and economic issues, believing the relationship will mend in time. President Moon Jae-in has been proposing a two-track policy with Japan. When a Japanese businessman expressed concerns about the impact of the soured diplomatic ties on business at a meeting in the Blue House in March, Moon said economic exchanges should be regarded outside the political context.

This so-called two-track approach requires an innocent faith in the power of time. Last October, Moon Chung-in, President Moon’s special adviser on security and foreign affairs, said it was the government’s basic position to take time in addressing historical issues with Japan. It more or less wants to put aside complicated past issues.

Japan also thinks it is best to avoid such hot-button issues. A Japanese diplomat I met a few years ago likened past disputes to a “pothole.” “The hole becomes bigger and bigger when cars pass over it,” he said.

But a two-track policy does not work in reality. It was a common belief that economic relations among Korea, China, and Japan keep churning on regardless of their differences over historical issues. Yet the so-called “Asian Paradox,” which refers to a unique situation of cooperation and contention in Northeast Asia, no longer operates so seamlessly. China took vengeful action against Korean brands and restricted its people from traveling to Korea after Seoul deployed a U.S. antimissile system Beijing vehemently opposed. Japan threatens similar retaliatory or legal actions for the Korean Supreme Court’s ordering compensations for Korea forced laborers during the colonial period from Japanese companies. Separating political and economic affairs is not possible anymore.

It is also wishful thinking to believe that bitterness or painful memories from the past will go away or heal in time. According to 19th-century French philosopher Maurice Halbwachs, the collective memory — or shared pool of memories or knowledge — works differently for a society than from individual memory. Societies require continuity and connection with the past to preserve social identity and unity. An individual may forget their past, but a memory shared by a group can live on. Community members keep memory alive through continued efforts.

The Armenian Genocide was a ruthless slaughter of millions of Armenians by the Turks of the Ottoman Empire during World War I. The massacre took place more than a century ago. Yet the memorial services and fever have gotten stronger. Over 200 memorial statues are installed across 32 nations through the power of collective memory.

Selective forgetting can also occur. Participants remember what they like to remember and forget the rest. As a result, two different societies can recollect the same historical events differently.

Such a phenomenon has been panning out in both Korea and Japan. The people remember the colonial past in an entirely manner. Koreans will never put the painful and humiliating past behind them. The media will continue to make anti-Japanese films, novels, art and pop music to reawaken nationalist sentiment and hostility toward the unremorseful Japanese.

There is only one solution. The two countries must confront the past issues once and for all. Japan is undergoing a huge change. Japan’s 85-year-old Emperor Akihito ended his three-decade reign on Tuesday and abdicated in favor of his son Naruhito. The new 59-year-old emperor is a musician and avid hiker educated at Oxford University. He played viola at a Korea-Japan friendly concert in 2004 and a Korea-China-Japan special concert in 2007. He should be more open to Korean issues. The government must seize the momentum to address past and current issues. Korea must not ignore diplomatic experts’ warning that it can lose more from protracted problems in bilateral ties than Japan.