This season, the Goyang Heroes’ Kim Eun-sung is the hottest player in the KBO Futures League. 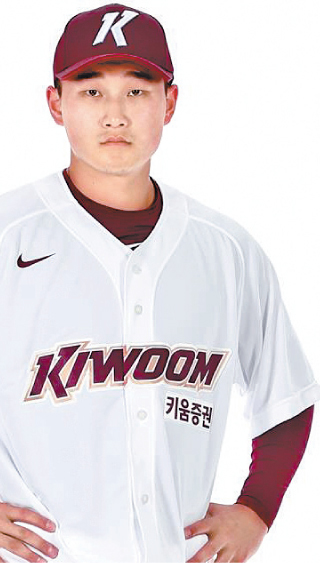 Although Kim’s batting average dropped below .400 after one hit in four at-bats against the Doosan Bears on Sunday, he played well enough over the last 10 games, having a .364 batting average, to catch the attention of the main KBO Heroes team coaches.

“I’ve got reports that he’s a good player,” said the Heroes manager Jang Jung-seok. “I’m looking at the situation.”

“Since he was a developing player, he wasn’t able to get added [to the top team] in April,” Jang said. “His main position is a second baseman, and I can see that I can trust him at second base. He sometimes covers third base and shortstop and his defense isn’t bad. But he has a weak shoulder.”

Due to this, the Heroes’ coaching staff considered adding Kim to the roster, but ended up not making any changes, as the top club already has one too many second basemen on its roster. Interestingly, the Heroes have the opposite concern from the other clubs. Every year, KBO clubs attempt to change over to a new generation of players, but struggle. Yet the Heroes’ concern is the opposite, as they have too many young players with potential.

“We thought about Kim Eun-sung a lot,” Jang said. “But I heard that he can’t cover third base yet. We already have four second baseman [on the Heroes’ KBO roster]. Along with Seo Geon-chang, Kim Hye-seong and Song Sung-mun, we also have Kim Ji-soo, who can play multiple positions in the infield.”

Unfortunately, this season, the Heroes are in need of a backup third baseman.

Jang Young-suk has been successfully playing third base for the Heroes, but the team doesn’t have a good replacement for him. As of Monday, Jang has a .309 batting average with five home runs and 38 RBIs. Jang mostly bats fifth in the Heroes’ lineup. Yet aside from Jang, the Heroes don’t have a good back-up third baseman.

“When I assign Jang Young-suk as a designated hitter, we don’t have enough back-up,” Jang said. “We have a great player, Song Sung-mun, but he hasn’t been in great condition recently. We’ve considered [calling up a player from the Futures League]. Im Ji-yeol is training to cover third base, but I haven’t seen a standout player in that position.”