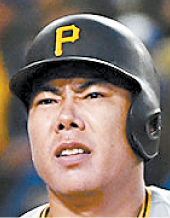 The Pirates placed struggling Kang on the 10-day IL on Monday with a left side strain. The team called up Jake Elmore from Triple-A Indianapolis to take his place.

“Pirates director of sports medicine Todd Tomczyk said Kang will be shut down from baseball activities for at least three days before he is re-evaluated,” the Pirates said in a recent posting. “Tomczyk said Kang only recently brought his injury to the training staff’s attention and noted that it was not the result of one specific swing or play.”

It is the fourth time that Kang has been included on the IL, previously the disabled list (DL), since he made his MLB debut in 2015. He was first placed on the 60-day DL for a fractured left tibia in 2015.

In 31 games this season, the Pirates’ third-baseman was batting .133 with four homers, eight RBIs and 31 strikeouts before being placed on the IL.

Kang is in his first full season since 2016. He had hardly played in the Majors for the last two years due to legal issues stemming from a DUI arrest in Korea in December 2016.