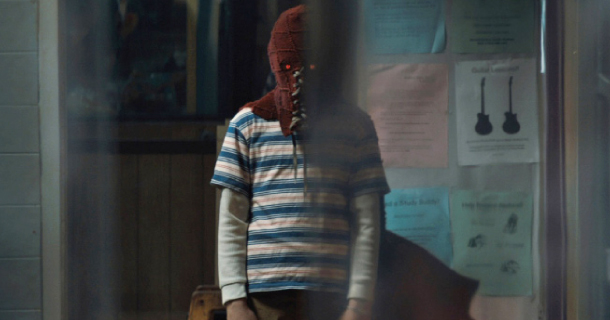 Tori and Kyle Breyer have been trying to conceive a child for a long time, but they eventually find out that they are unable to. Not long after, a meteor falls from the sky and lands near their farm. Inside the meteor, they find a baby, which the couple decides to adopt, believing that fate led them to find him.

They name the baby Brandon and raise him as if he were their own. But as Brandon grows, they realize that something is different about him. He learns that he has superhuman strength, and as he discovers more and more about his power, he becomes violent and disrespectful toward adults.

By the time that Tori and Kyle realize there is something wrong with Brandon, they’re too late, because his rage grows out of control and spreads to the neighborhood, and ultimately, to the world.

A 10-year-old girl comes forward to confess that she has killed her 7-year-old brother.

While the press is busy reporting the news, Jung-hyop, a rookie lawyer at a major law firm, instinctively realizes that something is wrong. Before he was a lawyer, Jung-hyop came across a brother and a sister - Min-jun and Da-bin - living with their father and stepmother. Although they became friends, Juny-hyop forgot about them as soon as he received a call from the firm.

After seeing the news, Jung-hyop, ridden with guilt, goes to see Da-bin, but she had already turned her back on him, and her stepmother tries to block Jung-hyop from meeting her.

Based on a true story, it was reported that the victims were suffering from Stockholm Syndrome, which is said to be common among children when they are abused by their parents but cannot escape from them. Thus, they persuade themselves to feel pity for their parents, even in the face of death.

Jung-hyop is played by popular actor Lee Dong-hwi, who gained fame through his role in tvN’s “Reply 1994” and recently found success at the box office with “Extreme Job.” 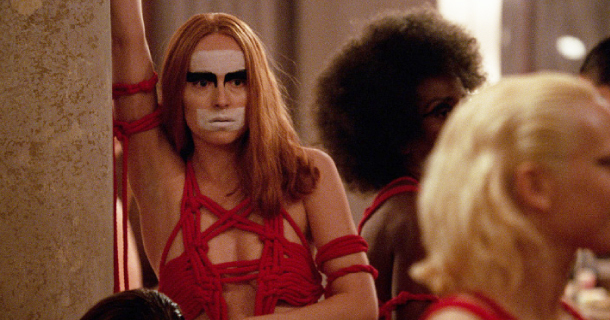 Set in 1970s Germany, this film reveals the horrors behind a prestigious ballet academy run by a coven of witches in which no one is able to escape.

With her natural talents, she quickly attracts attention from the head artistic director, Madame Blanc. Yet rumors begin to spread that a former student named Patricia Hingle disappeared within the grounds of the academy after confessing to her therapist that the school’s matrons are actually a witch coven who select the gifted dancers’ bodies as hosts of their worshippers’ spirit.

After being stabbed by the serial killer, gangster boss Jang Dong-soo miraculously survives. Although alive, his reputation is damaged, and as soon as he recovers, he is determined to catch the killer himself. Jung Tae-suk, on the other hand, is a fierce cop known for his obsession for catching culprits.

When they realize the other wants the killer for himself, they strike a deal that leads to an exciting neck-to-neck race between a gang and cops to see who can catch the killer first. 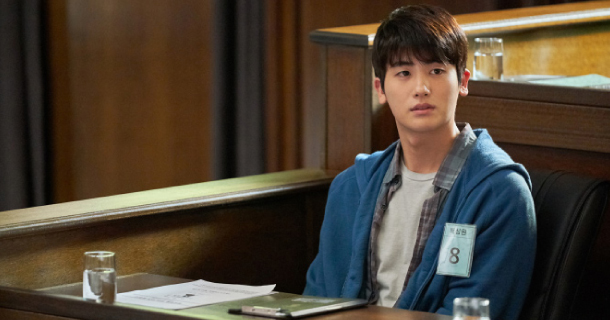 It’s 2008 in Korea and eight jurors have been selected to be part of the first-ever participatory trial. In the middle of the press spotlight, the jurors enter the courtroom.

At first, everything seems to be simple: a clear murder case with definite evidence, testimony and a confession all pointing to a single culprit - the trial’s defendant.

With only the decision of the defendant’s sentence’s duration left to the judges and jurors, the case suddenly falls into disarray when the culprit suddenly denies his confession, throwing jurors into confusion as to whether he is innocent or guilty.

Amid the confusion, strict rule-enforcer and chief judge Jun-kyeom tries to guide the jurors and the case in the right direction. Yet due to juror number eight Nam-woo’s persistent questioning and other issue, the trial heads in a direction that no one foresaw.

Jun-kyeom is portrayed by Moon So-ri, while juror number eight is played by singer-turned-actor Park Hyung-sik, known for his lead roles in dramas such as JTBC‘s “Strong Girl Bong-soon” (2017).

Former police detective Mi-young is currently a charismatic official at the public service center at Sungsan Police Station. Yet a troublesome detective named Ji-hye joins the center because of a mishap she caused during an investigation.

Yet when a victim who was supposed to report to the center suddenly attempts to commit suicide, the two work together and discover that their victim is the target of digital sexual assault.

Due to the complex web of politics, power and process, no one at the police department is willing to take on the case. Nonetheless, Mi-young and Ji-hye decide to conduct an informal investigation, determined to solve the case and arrest the suspects. 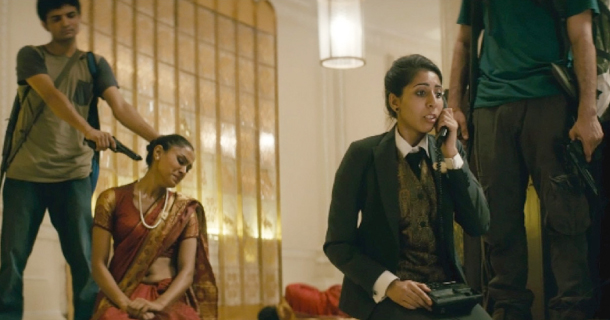 Inspired by the events of the terrorist attacks at the Taj Mahal Palace Hotel in Mumbai, India, in 2008, the film dives into the horrors the guests and the staff face as they struggle to stay alive.

In the luxurious Taj Mahal Palace Hotel, where the staff is constantly reminded that the “Guest is God,” the hotel offers top-notch services to ensure that visitors are happy. But one night, 10 men carrying suspiciously bulky bags, begin their plans to launch an attack on the hotel, which lies in the heart of the city.

Over seven million tickets sold in local box office, the endgame truly lives up to the expectations of Marvel fans, as the admission number continues to grow ever larger.

The ending scene of “Avengers: Infinity War” left audiences in dismay: as Thanos promised, exactly half of the universe’s population - including that of Earth - turned to dust right in front of the surviving half. Although Thor managed to drive his new ultimate weapon, “Stormbreaker,” into Thanos’ heart, the supervillain still survived and disappeared with his gauntlet after snapping his fingers.

In this grand finale, the remaining heroes get together to defeat the supervillain. The film is starred by Robert Downey Jr., Chris Evans, Chris Hemsworth, Scarlett Johansson, Mark Ruffalo, Jeremy Renner, Paul Rudd, Brie Larson and many more.