Many doctors take on illegal part-time gigs for extra cash

Many doctors take on illegal part-time gigs for extra cash

An 80-year-old woman surnamed Park went into critical condition at a nursing hospital in Nowon District, northern Seoul, on Dec. 29, 2018. After four days of unsuccessful treatment, Park was moved to a large hospital in the vicinity, but she died 20 days later. 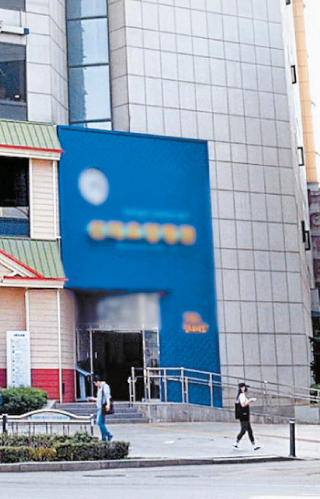 A nursing hospital in Nowon District, northern Seoul. Residents of the National Rehabilitation Center, a government-funded hospital affiliated with the Ministry of Health and Welfare, illegally worked part-time at this private hospital. [WANG JUNE-YEL]

Her family believes that she may still be alive if she hadn’t been treated by a doctor who was illegally working part-time at the nursing hospital.

“If [the hospital] had handled the emergency situation properly [in the first place], she wouldn’t have died,” said Park’s family members. They submitted a complaint to the prosecution about the hospital.

The incident revealed that illegal part-time hiring is thriving behind the scenes in hospitals.

Park’s progress notes read that the doctor in charge of her on the day of the emergency was the head of the nursing hospital, identified by his surname Lee. Yet according to duty records that a JoongAng Ilbo special reporting team acquired, the doctor on duty that day was a doctor identified by his surname Kim, a resident at the National Rehabilitation Center in Gangbuk District, northern Seoul.

Kim was not the only one to illegally cover shifts for a doctor from another hospital. In December 2018 alone, five other residents at the center worked at the nursing hospital. They received 450,000 won ($378) a day.

Residents are graduate students at medical schools who train from three to four years after they get their medical license.

“Residents are prohibited from treating people at other medical facilities other than the facility they belong to,” said Son Ho-jun, the head of the department of medical resource at the Ministry of Health and Welfare. “A violation of this [policy] is a cause for disciplinary action.”

The National Rehabilitation Center found that two of their residents violated this policy in March and punished them accordingly. Yet the center was unaware of the other four who worked at other facilities.

“For residents to work part-time for economic gain deviates from the purpose of the doctor training system,” said Park Ji-yong, a professor of Yonsei University’s law school. “There is concern, in particular, for the patient’s safety.”

“In the case of medical specialists, they would earn 700,000 won to 800,000 won for working weekends,” said an employee of the nursing hospital.

Unlike residents, medical specialists can treat patients at other medical facilities. Yet they need to be reported to the Assessment Service of the Health Insurance Review as “other staff.” In addition, according to medical laws, specialists can only write medical diagnoses or prescriptions for patients they treated. They also have to use their own name when treating patients at other medical facilities. People who violate these laws can be charged with up to one year of prison time or a fine of up to 10 million won.

The special reporting team found that residents and specialists who worked part-time at the nursing hospital did not use their own names, but worked under Lee’s name. The specialists were not reported to the Assessment Service.

“I think [the hospital did not report the specialists] to hide the fact that there was proxy treatment or to hide [a portion] of their profits,” said an Assessment Service official. “This is a violation of medical law and [the doctors involved can also be charged with crimes for] charging false insurance payment or forging documents.”

When Lee was asked why other doctors treated patients using his name, he said it was a tradition at the hospital.

After receiving complaints from Park’s family, the Nowon Health Center investigated the issue, but did not take any action. Only after the special reporting team started investigating did a representative of the center say “we will conduct additional investigations and take administrative measures to charge [the people involved in the crimes].

Employees of hospitals said many doctors secretly work part-time. For hospitals, they can save half the money they would usually spend on full-time employees, and for doctors, they can earn some money in their free time.

“There are cases of general hospitals or university hospitals creating a team of residents to work part-time at nursing hospitals or hospitals [that treat acute or emergency diseases],” said a worker at another hospital. “This can lead to complications for placing responsibility when a medical accident occurs.”

The chairman of the medical corporation that manages the nursing hospital was fined 10 billion won in 2013 for fraudulently hiring a medical practitioner to open a hospital. The government has so far collected only 1.4 billion won from the chairman.