Having led the Korean national baseball team to its first-ever Olympic gold at the 2008 Beijing Olympics, manager Kim Kyung-moon is hoping to repeat the success in Tokyo next year. 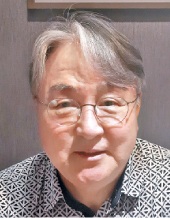 After the 2008 Beijing Games, baseball was removed from the Olympics, but in Tokyo, it is making its return for the first time in 11 years.

In Beijing, the Korean national baseball team won all nine of its games to land its first-ever Olympic gold in the sport. In addition to the Olympic gold, the team also made a huge improvement in the sport’s popularity by winning the 2006 and 2009 World Baseball Classic.

With the increased popularity of baseball in Korea, the number of professional clubs in the KBO grew from 8 to 10, and the league managed to reach 8 million fans a year.

Despite baseball’s return to the Olympics, the KBO is suffering from a fall in popularity and quality of the games this year. Although Korea will be entering the Games as the defending champion, fan expectations are low.

Making it worse, some of the big-name Korean major leaguers like Ryu Hyun-jin of the Los Angeles Dodgers and Choo Shin-soo of the Texas Rangers will not be competing at the Olympics as they will be in season.

“I’ve seen a lot of people getting worried about the national team,” Kim said. “But I believe that we’re strong. I don’t just believe it - when I look at the final 28-man entry, Korea is still competitive. They have the strength to play together [as a team].”

At the Beijing Olympics, Korea’s highlight was its game against Japan in the group stage. When Korea was tied with Japan at 2-2, at the top of ninth, with batters on the first and second bases while the count was at two outs. Manager Kim Kyung-moon substituted left-handed batter Kim Hyun-soo, now of the LG Twins, as its designated hitter against Japan’s Hitoki Iwase, who is known to be stronger against left handed batters.

Kim Kyung-moon’s decision worked out, as Kim Hyun-soo, who was only 20 at the time, hit the winner to lead Korea to a 5-3 victory.

“I remember Kim Hyun-soo making really good hits, especially when the pitcher tossed their pitch that is hard for the left-handed batters to hit off of,” Kim said. “Remembering that, I went with him.”

This year, the next Kim Hyun-soo is expected to be Lee Jung-hoo of the Kiwoom Heroes, Kang Baek-ho of the KT Wiz or Jung Woo-young of the LG Twins. Players born in the late 1990s to early 2000s are called “Beijing kids” in Korea as they dreamed of becoming professional baseball players after watching Korea win gold at the 2008 Beijing Olympics.

At the Beijing Olympics, Lee Seung-yuop, formerly of the Samsung Lions, hit two crucial home runs against Japan in the semis and against Cuba in the finals, leading the team to gold. Although Lee was the most valuable player for Korea throughout the Games, the team also benefited from younger players like Ryu and Kim Hyun-soo.

“Everyday, I make my imaginary 28-man entry,” Kim said. “I’ll select players that have consistently shown their talent. We have definite starting pitchers like Kim Kwang-hyun [of the SK Wyverns] and Yang Hyeon-jong [of the Kia Tigers]. Also, I’m looking for a surprise player, who can work well at international tournaments.”

In February this year, Kim headed to Okinawa, Japan to watch the players at the KBO spring camp. Then, throughout May and June, Kim and the national team’s strategic coach looked at the Cuban and Canadian players in Japan. To analyze Team Cuba and Canada, the teams Korea is facing at the Premier12 group stage, the two headed to the Lima 2019 Pan American Games in Peru, which is running from July 26 to August 11.

The Premier12 group stage, starting in November, will be Kim’s first international tournament as manager since he got re-appointed in January. At the group stage of the Premier12, the top 12 teams in the world ranking are divided into three groups of four.

Korea is in Group C along with Cuba, Australia and Canada. Only the top two teams from each group advance to the super round, which will be held in Japan.

“Our goal at the tournament is to earn our spot onto the Olympics,” Kim said. “Just like we did in Beijing, I want to make a team that can play together as one at the Premier12 and at the Tokyo Olympics.”