The Korean national volleyball federation said Wednesday it will lodge a complaint against a Russian women’s team coach for a racist gesture following a recent match. 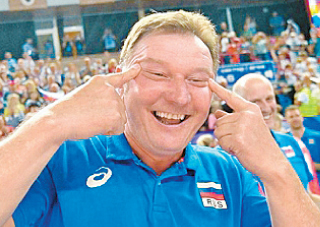 In a post-match celebration, Sergio Busato, an Italian-born assistant coach for Russia, was photographed making the slant-eye, racist gesture.

The Korea Volleyball Association (KVA) will still send complaints to FIVB and the Volleyball Federation of Russia.