A pepperoni for me and one for Fido too, please

A pepperoni for me and one for Fido too, please 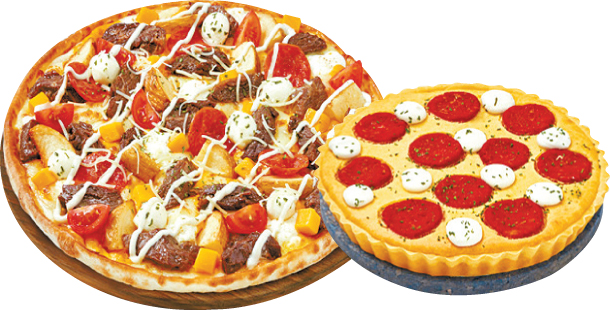 Hungry cats and dogs can now grab a slice at Mr. Pizza.

The pizza franchise on Tuesday released a new range of pet pizzas under the name Mr. Petzza.

Unlike most handmade pet food that has to be ordered days in advance, Mr. Pizza will start making the pet pizza on the spot.

The Mr. Petzza range currently comes in two flavors based on two of Mr. Pizza’s most popular flavors - Cheese Blossom Steak and pepperoni. In appearance, they look similar to the human versions, just smaller. The ingredients, however, are all designed around the dietary requirements of dogs and cats.

For example, the flour in the dough has been replaced with rice power, as flour is difficult for animals to digest. The cheese used for the pizza is lactose free, considering that most animals are not able to process lactose. The Mr. Petzza pizzas are also loaded with flavors popular with pets like beef, sweet potato and chicken breast.

Both pet pizzas are priced at 12,000 won ($10). Mr. Pizza is also offering a 19 percent discount on pizzas if a customer purchases a set that comes with a human and pet variety of two pizzas of the same flavor.

Another advantage of ordering the set is that customers can have the pet pizza delivered to their homes. If they purchase the pet pizza only, they will have to visit the store in person to collect it. Unfortunately, Mr. Pizza restaurants are still only open to humans, so four-legged friends will have to have their pizzas at home.

“Pets have become a part of everyday life for single households and seniors - it’s natural that we offer a pizza that pets can enjoy too,” said a Mr. Pizza spokesperson.