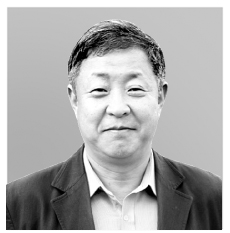 Kim Eui-young
The author is a professor of political science and international relations at Seoul National University.

As a democratic representative system where citizens participate in policy suggestions, screening, decisions and evaluations, the committee will have four organizations — civic democracy, budget and deliberation, government-private cooperation and town communities — with 16 groups.

The “Democracy Seoul” platform will be operated as a new online discussion forum, and the system is to be integrated with 25 autonomous districts. While the city government had doubts, major departments working with people have been brought under one committee in an ambitious attempt to have its administrative functions and guarantee substantial participation to expand democracy.

It may sound random and leisurely to discuss civic democracy in Seoul when there are bigger issues in the political establishment, but I believe that civic politics is just as important as the National Assembly and Blue House.

In fact, Korea could continue attaining political progress even in crisis thanks to civic society rather than politicians. From the Donghak and Independence Movement, April 19 Revolution, Gwangju Democratization Movement and “democratization from the bottom” in 1987, the rise of NGOs and the civic movement after democratization and the candlelight rallies show the flow of civic politics.

The political establishment is basically a league of professional politicians. Average citizens are mere voters who participate in politics sporadically, indirectly and passively. However, the era of civic politics has come. Citizens as insightful and critical as political entities want to participate in politics routinely, directly and actively. Unconventional direct actions, which used to be considered “abnormal,” such as protests, resistance, civic disobedience movements and online political participation, have become mainstream.

Also, innovative democratic experiments beyond the traditional frame of representative democracy, such as direct participation, deliberation and digital democracy, can be pursued extensively. These are the changes we are already experiencing.

In my neighborhood of Seongbuk, central Seoul, the Joint Happiness Promotion Committee was established to promote a resident-driven model to enjoy happiness together and improve human rights and welfare. Fairer contracts were made, and people confer to stabilize employment of apartment guards in the minimum-wage era.

Grassroots civic politics may seem supplementary and secondary, but it is more important than one might think. Just as some people call subpar soccer “neighborhood soccer,” civic politics in the neighborhood is degraded as trivial. But grassroots movements are just as significant as the candlelight protests in Gwanghwamun Square and the civic movements of central NGOs.

Professor Robert D. Putnam’s research on Italian democracy illustrates this well. Two decades after the local autonomy system in Italy, regions have different outcomes under the same system, and the key to success is not socioeconomic factors like wealth and educational level, but the existence of civic community.

Of course, civic politics also has its flaws. Representativeness, inclusiveness, accountability and professionalism of civic participation need to be assessed.

There is a risk of being lured by a certain political party or faction. Civic politics and civic democracy do not replace political establishments and representative democracy, and they are mutually supplementary. You need proper guidance and practice for better “neighborhood soccer,” and civic politics in the neighborhood cannot be attained overnight.

I hope the launch of the Seoul Democracy Committee will be a chance to boost civic politics in local areas not just in Seoul but across the country.