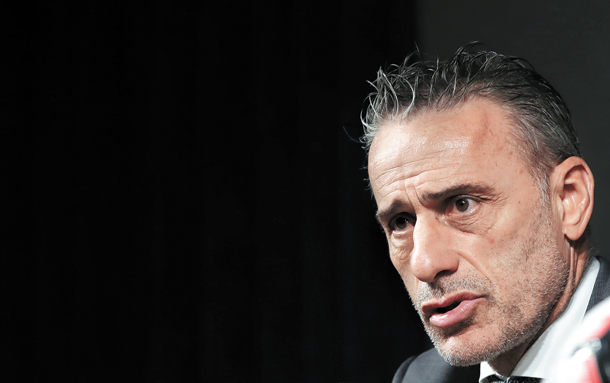 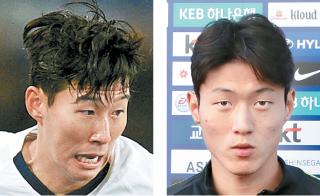 Korea will continue the second round of Asian qualifiers for the 2022 FIFA World Cup in Qatar this month, facing Lebanon on Nov. 14 in Beirut, Lebanon. Then, on Nov. 19, the Taeguk Warriors will head to Abu Dhabi to play a friendly against third-ranked Brazil.

In the second round of the Asian qualifiers, Korea is currently assigned in Group H and is the leader with two wins and a draw, totaling seven points. Although South Korea is tied in terms of number of wins with North Korea, the South is ranked above the North as it is ahead in goal differences.

During a Tottenham Hotspur’s premier league match against Everton at Goodison Park on Sunday, Son received a red card “for endangering the safety of a player which happened as a consequence of his initial challenge,” according to the Premier League.

The incident happened in the 77th minute of the game with Spurs leading 1-0. After what appeared to be a late tackle from Son, Everton’s Andre Gomes went down hard, with his foot appearing to get caught in the turf before he collided with Spurs’ Serge Aurier. Gomes was left with a bad fracture dislocation of his ankle, requiring immediate hospitalization and surgery.

Son was initially given a yellow card, but the decision was overturned by VAR and he was sent off.

The incident hit the Korean captain hard, and he was led from the field in tears over the extent of the injury he had inadvertently caused. Aurier also had to be removed from the game because he was too shaken up by the incident.

Following the foul, Everton scored in the 97th minute to finish with a 1-1 draw.

Once the match ended, it was reported that Everton’s captain Seamus Coleman - who was once the victim of a foul that left his leg broken in two places - visited Spurs’ locker room to console Son, saying that the incident was just an accident.

Bento mentioned the incident during the press conference on Monday. Although he understands the emotional trauma it could cause on Son, Bento said his captain will have to overcome it.

“What happened in that match is really unfortunate,” Bento was quoted as saying on Yonhap. “It doesn’t matter which country a player is from. You never want to see anyone get hurt that seriously. But it’s also part of the game. Heung-min has to pick things up and move forward, and we’ll try to help him the best we can.”

While Son has to shake off the incident, Hwang Ui-jo of FC Girondins de Bordeaux returns to Bento’s roster on the top of his game.

During Bordeaux’s Ligue 1 match against FC Nantes on Sunday, Hwang scored his third goal of the season. While Bordeaux was up 1-0, Hwang doubled the lead by scoring in the 57th minute.

Along with Hwang, Kim Shin-wook of Shanghai Shenhua once again earned his spot as one of two forwards on Bento’s roster this month. Kim, who was named to Bento’s roster for the first time last month, played above expectation during Korea’s World Cup qualifier against Sri Lanka at home.

Kim scored four goals to lead the Taeguk Warriors to a huge 8-0 victory to get ahead in the Group H standing.

Once again, Korea is expected to pick up a big win against Lebanon as the Taeguk Warriors are way ahead in the FIFA World ranking. In the latest world ranking, Korea is ranked 39th, while Lebanon is ranked 91st. However, Bento made it clear that the ranking is not the only thing his team will be looking at in their preparation for the qualifier.

Also, despite the gap in the world ranking, Korea has shown weakness in away matches.

Last month, South Korea headed to Pyongyang to play their qualifying match against North Korea. Although North Korea is ranked all the way at No. 115, the two teams still played to a 0-0 draw.

“We’ll try to exploit their weaknesses and prevent them from doing what they do best,” Bento was quoted as saying.

“We always have the same mindset whether we play at home or on the road. We’ll try to get the results we want no matter where we play.”