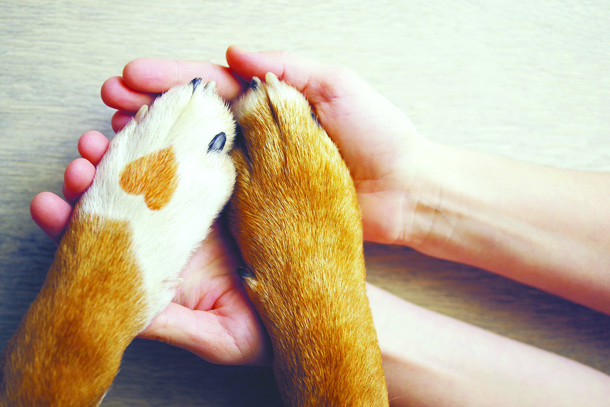 A clip from a recent YouTube live stream featuring a cat named Euni being shared online has caused millions of viewers to gasp in disbelief or turn their heads away in shock because they couldn’t believe what they were seeing: the cat was being sexually harassed.

“The cat is in heat and likes to have its genitals scratched,” the Korean YouTuber Il Yong-hwan said as he picked up Euni and scratched its genitals in front of the camera.

Another YouTuber, who goes by the name Seungnyangi, is notorious for physically abusing his Siberian husky named Taeyangi. He livestreams his interactions with his dog on his channel and when asked about why he hits Taeyangi, he replies “the dog was staring at me while I was eating a snack” or “the dog hit my face.”

Earlier this year, an anonymous YouTuber uploaded four video clips titled “Cat Abuse.” In one of the clips, a cat wearing a pink leash is lying down on the floor but begins to shake uncontrollably when a man begins to pet her. A few seconds later, the man begins to hit the cat with his hand repeatedly. The cat makes hissing noises but does nothing to defend itself except to lie down helplessly.

“These YouTubers treat their animals as property, not as pets,” said Ahn Jong-min, a representative from Catchdog, a local animal rights organization.

According to the statistics from the Supreme Prosecutors’ Office, 265 cases brought to prosecutors violated the Animal Protection Act in 2014, but that number more than doubled in 2018 to 555 cases. Despite the existence of laws to protect the rights of animals, the current legal barriers seem to have largely failed to provide sufficient protection for the four-legged friends in Korea. 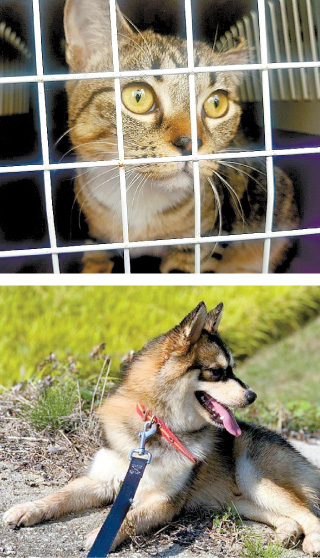 Top: Euni was sexually abused during a live stream online before she was rescued by animal rights organization Catchdog. Above: Taeyangi currently lives at an animal shelter while waiting to be adopted. [CATCHDOG]

Thankfully, the three animals mentioned were reported and rescued by the animal rights organizations Catchdog and the Coexistence of Animal Rights on Earth (CARE).

According to article 14 of the Animal Protection Act, “animals that have been abused are eligible for immediate separation from their owners.”

“We cooperate with the district government and police and [file a report],” said Ahn Jong-min, a representative from Catchdog. “After we [separate the animal,] we persuade the abusers to sign away their ownership [of the animal].”

But the process, Ahn says, isn’t always as smooth as they hope it to be.

“Taeyangi’s owner was indignant because he really didn’t think there was anything wrong with abusing his dog, as it is his property,” said Ahn. “So we had to guide him along a step-by-step process to rationally convince him that what he did was wrong. I asked him, ‘If I slap you on the face, would that be right? and he said ‘No.’ So I told him that’s basically what he did to his dog, and that he abused Taeyangi.

“The number of tips about animal violence are increasing day by day,” said Ahn. “Based on our experience, the reason behind owners abusing their animals lies in the fact that they resolve their rage upon a weaker being, not because they hate animals.”

The animal rights organizations are all calling for one thing: stricter enforcement of the legal punishments for animal abuse so that abusers will face a degree of punishment that correlates to the level of their cruelty. Moreover, they want the law to become stricter so that people will recognize animals as living beings instead of as their property. 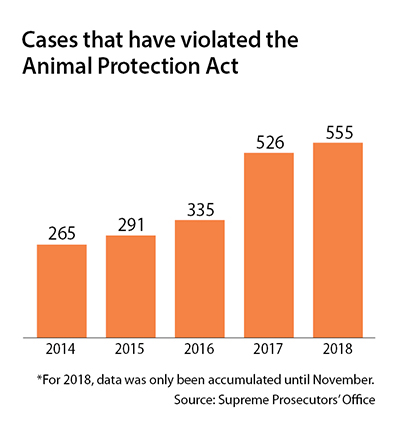 Restrictions of the current law

There have been efforts made to enhance people’s perception of animal rights, but animal rights organizations say that not enough focus has been given to preventing the abuse from taking place.

Since the early 2010s, the term “companion animals” began being used instead of referring to animals as pets in order to encourage people to treat their animals as companions that they live with.

Moreover, the Domestic Animal Protection Act were reinstituted in 2017 and went into effect in March 2018, increasing the maximum sentence for infringing upon animal rights from one to two years. In addition, the maximum fine for violating the law increased from 10 million won ($8,583) to 20 million won. Owners caught abandoning their animals can now be fined up to three million won, an increase from the previous one million won.

Although the laws have become slightly stricter, there is no precedent for sentencing a defendant. In fact, according to the 2019 forum held by the Korean Animal Welfare Association (KAWA), out of thousands of reports and suits, there have only been two cases that went beyond punishing the defendant through a mere fine.

“The current laws regarding animal abuse are very broad and vague,” said lawyer Ahn Na-hyeon, part of People for Non-human Rights, which works toward ensuring and securing animal rights, when asked about the degree of punishment the three YouTube abusers would face. “Since all of them are first-time offenders, [even though] the level of abuse is extreme, it is highly probable that they will be punished by being given a fine.” 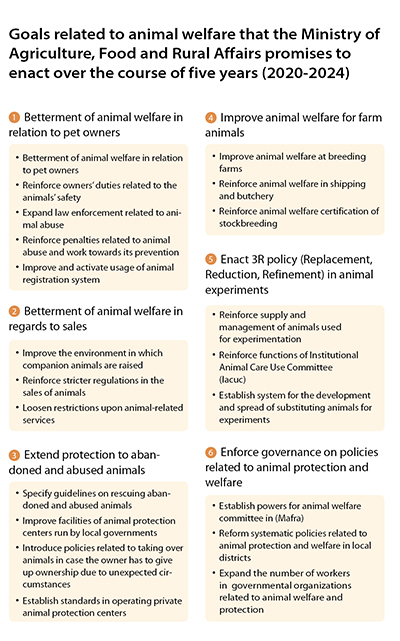 What we can do

Professor Hong Wan-sik of Konkuk University’s law school and the author of the book “Introduction on Animal Laws,” proposed practical solutions to the problems surfacing due to animal abuse.

“We need to enforce the laws step by step,” Hong said. “First-time offenders will be punished through fines, and for repeat offenders, we can put them on probation, and then maybe even sentence them for major offenses. But it is likely to create dispute and controversy if we suddenly inflict harsher punishments. That’s not going to fundamentally solve the problems.”

What the government needs to do, Hong stated, is to have pet owners take compulsory courses and provide certification to officially qualify people looking to adopt animals.

“Most of the animal cruelty cases are inflicted in the home,” said Hong. “In Germany, potential dog owners need to take tests to qualify for adoption. Korea should do the same.”

Due to an increase in complaints about the light punishment for animal abuse, the Ministry of Agriculture, Food and Rural Affairs set out 21 goals related to animal welfare that they will specify at the end of this year and carry out over the course of five years.

Under the category “Betterment of animal welfare in relation to owners,” the ministry promises to offer educational courses for pet owners, reinforce legal institutions and actively promote the system of animal registration.

“It is likely that such goals will be realized because they have frequently been pointed out as the heart of the problem,” said lawyer Ahn. “Offenders are not aware of the seriousness of the abuse that they’ve inflicted upon animals because the majority of the offenses are let go by merely paying a fine. When legal restrictions become more severe, people will recognize that animal abuse is a serious crime and will refrain from doing so.”

In the United States, a famous 2014 case in South Carolina found a man guilty for the ill treatment of animals. After he tied the dog’s front leg to his truck, he forced the dog to run on her hind legs for two miles. He was sentenced to 10 years and six months in prison.

Even though laws vary from state by state, animal cruelty usually comes with strict legal punishment in the United States. Major offenders are liable to at least two years in prison, and a maximum sentence can be escalated to 15 years if their crime is deemed severe.

Professor Hong also agreed that there was a need for a representative case that severely punishes the abuser for their crime.

“Like foreign cases, I believe that there is a need for an example to be set that shows the strong will from the judicial branch that they will not treat animal abuse as a minor offense,” Hong said. “Judges should also raise awareness about such issues and provide a unified front that animals are to be treated as companions [instead of as property].”