At the onset of the World Baseball Softball Confederation (WBSC) Premier12, Mexico wasn’t considered among the title favorites. 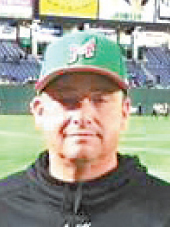 But the world No. 6 has been a pleasant surprise so far. Mexico won all three games in the group stage and then won its first two games in the Super Round. That streak ended with a 3-1 loss to Japan on Wednesday.

And as the team’s pitching coach, Ruben Niebla, tells it, Mexico is winning the information war behind the scenes. When Mexico takes on Korea today at the Tokyo Dome, Niebla said his team will have a clear idea of what to expect from its opposing team.

“We have a lot of information. We came very well prepared with scouting reports,” Niebla said Wednesday before Mexico played Japan at Tokyo Dome.

Niebla was speaking 48 hours before the game against Korea, and his mind was on the immediate game ahead against Japan. But he acknowledged that he had a general idea of Korean hitters’ tendencies.

Prior to Wednesday, Mexico had allowed just five runs in five games. But in those five games, no starting pitcher went beyond five innings. Other than three starters, 11 relievers have made at least one appearance.

Against Japan, Mexican starter Horacio Ramírez lasted only one and one-third innings and was charged with three earned runs. But five relievers after him did an admirable job of keeping Mexico in the game, as they held Japan to five hits over the final six and two-third innings while striking out eight.

Niebla, who’s also an assistant pitching coach for the Cleveland Indians, said it could be much the same story against Korea.

“Most likely, we’re going to bullpen that game,” Niebla said, meaning Mexico would rely on a series of bullpen arms to get 27 outs rather than have a conventional starter on the mound.

And no matter who takes the mound, Niebla said he was confident his team’s wealth of information should come in handy.

“I think it’s becoming a lot more difficult to score if you have a pitching staff that can execute,” he said. “There’s more information on how to get hitters out and how to play them. Teams that are using the information are going to have a little bit of advantage.”

Korea will face Mexico at 7 p.m. tonight at the Tokyo Dome in Tokyo. Park Jong-hoon will start for Korea, while Manuel Barreda will be first on the mound for the Central American team.