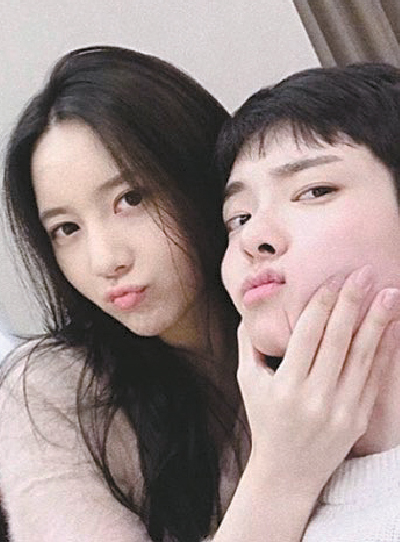 Han Seo-hee, a former K-pop trainee, claimed that her girlfriend Jung Da-eun strangled her and threatened to kill her.

Han uploaded a post on her Instagram account Thursday featuring a string of text messages she claims she sent to an acquaintance, which read, “Jung Da-eun tried to kill me and now she’s saying sorry. […] She strangled my neck and said she’ll kill me herself when I said I’m so tired with life that I want to die. […] Does any of this make sense to you?”

The post has since been deleted but not before it went viral online.

Han then posted on her Instagram account a few hours later a photo of her hand, with her index finger appearing swollen, and wrote, “It’s okay, it wasn’t a big deal. […] I am a strong person so don’t worry.”

Han and Jung admitted that they were dating in October after they took photos together and uploaded them on their Instagram accounts.

Jung, who debuted through the TV series “Ulzzang Generation” in 2011 was charged for using drugs in 2016 and sentenced to one year and 10 months in prison.