Busy Kim Yeon-koung is focused on getting to Olympics

Busy Kim Yeon-koung is focused on getting to Olympics

By any measure, Korean volleyball star Kim Yeon-koung has had a jampacked year. But she understands this is no time to put her feet up, not with her national team trying to qualify for next year’s Olympics. 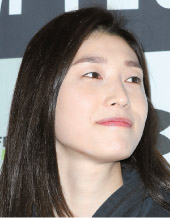 “Physically, I went through some ups and downs in the first half of the year, but I’ve been much better in the second half,” Kim told reporters at Incheon International Airport on Friday. “I don’t think I should be talking about how exhausted I am at this point.”

Kim arrived back from Poland, where she played in a CEV Women’s Champions League match for the Turkish club Eczacibasi VitrA against the Polish side Budowlani Lodz on Wednesday.

During the first week of December, Kim played at the FIVB Volleyball Women’s Club World Championship in China. She flew back to Turkey for league play, and then came the Champions League. Earlier in the year, she played at an intercontinental Olympic qualifying tournament in Russia, the Asian women’s championship in Seoul and FIVB Volleyball Women’s World Cup in Japan.

Kim is now scheduled to join the Korean national team on Sunday. Korea is gearing up for the final Asian qualifying tournament for the 2020 Tokyo Olympics. It’ll go on from Jan. 7-12 in Thailand.

Korea is in Group B with Kazakhstan, Iran and Indonesia. Thailand, considered Korea’s biggest rival in the competition, is in Group A with Chinese Taipei and Australia. The top two teams from those two groups will reach the semifinals, and only the winner of the tournament will qualify for Tokyo 2020.

The world class wing spiker said she’s confident Korea can get past Thailand.

“We’ve played against each other so much and we know each other very well,” she said. “I think the match will come down to offense.”

Asked how tough it will be to play in front of a partisan Thai crowd, Kim said, “Thailand is definitely a passionate volleyball country. But we’ve played some good matches away from home, too.”

Thailand set up its training camp early to get ready for the Olympic qualifying event, halting its domestic league play well in advance. In Korea, the V-League is still ongoing, and the national team camp only opened on Monday.

Kim said the length of training camp won’t be so crucial, adding, “We’ve been able to stay sharp by playing club matches.”

Kim, 31, who was named the MVP of the women’s volleyball tournament at the 2012 London Olympics, could have Tokyo 2020 as her Olympic swan song, if Korea qualifies.

“Since this could be my last Olympics, I’ll do everything I can to try to qualify,” she said.