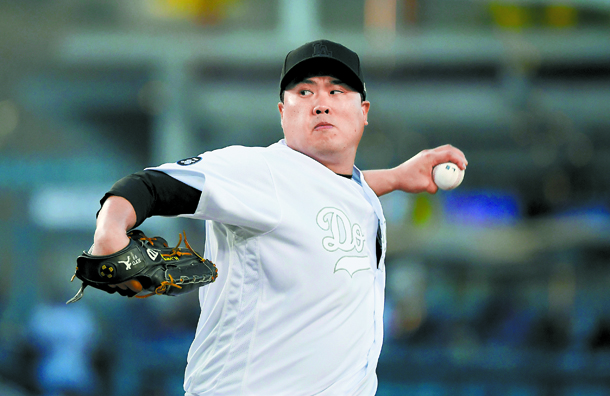 Ryu Hyun-jin is set to play for the Toronto Blue Jays starting in 2020.

Following the news, MLB.com also reported, “The deal includes a limited no-trade clause with no opt-outs. The club has not confirmed.” Once confirmed, Ryu’s contract will be the third-most expensive in the Blue Jays history.

Before Ryu signed his free agent contract with the Blue Jays, he played for the Los Angeles Dodgers for seven seasons after he joined through the posting system in 2013. Throughout his seven seasons with the Dodgers, he’s missed some time on the mound due to shoulder surgery, but he still managed to start in a total of 126 games and picked up 54 wins and 33 losses with a 2.98 ERA.

Although he missed almost half of the 2018 season due to a groin injury, Ryu still had an impressive one by picking up seven wins and three losses with a 1.97 ERA. Due to this, after the 2018 season ended, Ryu accepted a qualifying offer from the Dodgers for the 2019 season, where he received $17.9 million for the season rather than becoming a free agent.

This season marked the best in his major league career after he picked up 14 wins and five losses with a 2.32 ERA throughout 29 starts. In terms of the number of innings, Ryu tossed the second-most prolific season on the mound for the Dodgers at 182 and two-thirds of an inning.

Ryu started his season in the opening game against the Arizona Diamondbacks at Dodger Stadium and picked up a win. He was then named the National League Pitcher of the Month in May. For that month alone, Ryu had an outstanding 0.59 ERA in six games, picking up five wins and a no-decision.

Continuing his streak, Ryu earned an All-Star selection, becoming the fourth Korean major leaguer to do so. On July 9, Ryu added to that accolade by becoming the first Korean pitcher to ever start in an All-Star Game.

Despite a short slump, Ryu picked up his pace in September, adding two more wins in four starts for the month. Ryu also hit his first-ever home run in the majors that month, during a game against the Colorado Rockies on Sept. 22.

Following a successful season, Ryu finished second in the 2019 National League Cy Young Award voting, receiving just one of the 30 first-place votes to finish behind Jacob deGrom of the New York Mets.