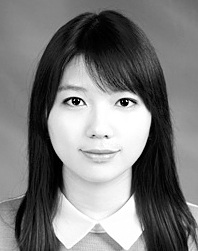 As of June 2019, the fast-moving consumer goods (FMCG) market turned to negative growth by -0.5 percent at 33.5 trillion won ($29.7 billion). The main market dragger was the non-food market, which slid by minus 5.3 percent year-on-year, while the food market still marked positive growth at 0.2 percent.

The market’s de-growth partially reflects the fast transition of Korea’s commerce from offline to online, from quantity growth to quality growth. Despite this unstable market situation, what was the main driving force that kept the food market from turning negative? Here are some brief glances at the food market trends of year 2019.

Coca-cola Coffee, ABC Choco-cookie, and Choco Songyee-Jelly are a few examples of this year’s successful launches. Common among them is the so-called “crossover” trend.

Food manufacturers have been chasing the crossover food trend to make a breakthrough in the saturated food market, as well as to catch consumers’ eyes. Millionaires, in particular, are a major target, as the more interested that millionaires are, the more viral the food becomes. Such consumers are also referred to as “Fun-sumers” — consumers who seek fun from products.

People’s hands are limited due to their use of smartphones. If there is always a smartphone in your hand, only one hand can help to eat something. Therefore, the size of food products has become smaller. For example, in the mineral water market, the market for sizes below 600 milliliters (20 ounces) inched up by 2.3 percent compared to the previous year, while larger sizes over 1 liter decreased by 2.3 percent in the same period. Smaller-sized packaging has also been launched in the confectionery market this year. Orion launched Diget-Thin and Mini, and Mong Shell Petit also recorded positive initial performance since its launch.

The seasonality index of food is relatively higher compared to non-food product. However, in 2019, year-on-year food seasonality declined. Seasonality is analyzed by calculating how much actual sales are concentrated during the particular period.

In the case of chocolate, February sales (around Valentine’s Day) declined by 12.2 percent year-on-year. Sales of beverages as well as ice cream in the summer decreased by a large gap, reflecting that consumers’ interest in food is less affected by the external environment amid a number of alternatives.

In 2020, the total offline FMCG market is expected to decrease by a greater value, while consumer demand for something new is expected to grow. In an effort to keep their market stable, manufacturers need to chase trends and reflect them into their products, which may bring them a new breakthrough opportunity regardless of market stagnancy.