Competition is nothing to Tampa Bay Rays’ Choi

Competition is nothing to Tampa Bay Rays’ Choi 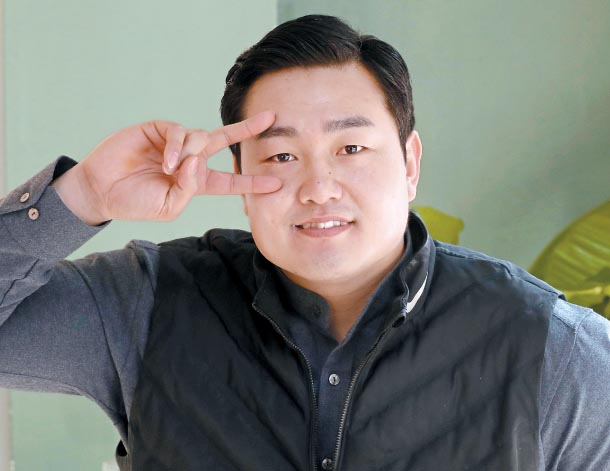 Despite playing full-time throughout the 2019 season, Choi Ji-man will once again have to compete for a starting position for the Tampa Bay Rays this season. [KANG JUNG-HYUN]

Choi Ji-man of the Tampa Bay Rays’ career has been all about survival. 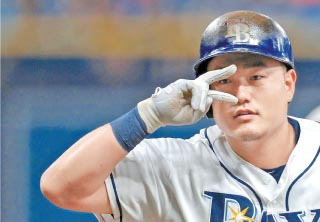 Choi Ji-man of the Tampa Bay Rays signals to the dugout after hitting a single during a game against the Houston Astros on March 30, 2019. [AP/YONHAP]

After playing full-time in the big league for the first time last year, he will once again have to compete for that starting spot for the upcoming season.

Looking back at Choi’s 2019 season, it was close to perfect. He competed in 127 games with a 0.261 batting average, 19 home runs and 63 RBIs. The number of home runs, RBIs and hits were all his career best in the majors since his debut.

Choi was just one home run short of becoming only the third Korean major leaguer to hit 20 home runs or more in a single season. Only Choo Shin-soo of the Texas Rangers and Kang Jung-ho, formerly of the Pittsburgh Pirates, have achieved such record.

For Choi, it took quite some time to reach his peak. The Rays are his sixth team in the majors. Choi first joined the Seattle Mariners in 2009. Then, he played for four more teams - the Baltimore Orioles, Los Angeles Angels, New York Yankees and the Milwaukee Brewers - to finally get to the Rays.

As Choi started playing for the Rays in the second half of the 2018 season, he’s already played two seasons, and the 2020 will be his third.

“I’ve never left a team because of disharmony,” Choi said. “In Korea, they tend to avoid trade, but that’s not the case in the United States. I was searching for the best conditions. Since I wasn’t getting the chance, there were times where I just wanted to return to Korea, but I just kept telling myself to hang on.”

The Rays are known as a small market team where they are ranked 28th in the major league in terms of the total annual salary of their players. Even when they combine all the annual salaries of their players, which is $55,476,866, it doesn’t even cover two years of Mike Trout of the Angels’ salary, who is the highest paid player in the MLB.

Despite the Rays being a small market team, they defied expectations last season by advancing to the postseason after finishing second in the American League East. They finished behind the New York Yankees with a record of 96 wins and 66 losses. With the advancement, Choi also got to play in the major league’s postseason for the first time in his career.

“It was a fun season,” Choi said. “There were evaluations that we had weak starters so we wouldn’t be able to see good results. But I was glad that we got to the Division Series. All the players fulfilled their roles.”

The Bays are led by a young 42-year-old manager Kevin Cash. Although he wasn’t a star player back when he played in the majors, he was highly evaluated for his skills as a coach. Due to this, he’s been the Rays’ manager since 2015.

In his first three seasons, he failed to reach above a 0.500 winning percentage, but in the past two seasons, he’s managed to lead his club to pick up 90 wins or more.

“Manager Cash really gets along well with the players,” Choi said. “Even in team bonding events, he would join and boost the atmosphere.”

Out of all the players Choi met throughout his career, Choi said his closest friend is the Rays’ Austin Meadows, who managed 33 home runs throughout the 2019 season.

“I live close to Meadows, so I also spend time with him and his wife,” Choi said. “Since they both like fishing, I join them too. This year, Boston [Red Sox] took a step back [by reducing their budget] from the goal of winning the title. So I would like to get to the wildcard and finish higher than we did last year.”

In addition to being a small market team, the Rays are also known for their efficiency. They’ve only had three to four starting pitchers in the rotation, and used openers in some of the games. They have strategies with the fielders as well. Depending on the starting pitcher of the opposing team, they’ve regularly used a platoon method - a sharing system where two players play a single defensive position.

Due to this, when the opposition team had a lefty starter, then Choi didn’t get many chances to play.

“To be honest, I can’t hit very well against the lefty starters, but I think the bigger thing is, that image stacked up,” Choi said. “Every year, I was below 70 at-bats against left handed pitchers. Since I don’t get to see them often, it’s harder. If I was at-bat for about 200 to 300 times, then I would admit it.”

It can get a little more competitive as Meadows, too, may get assigned as one of those two positions.

“Competition is nothing,” Choi said. “I’ve done it since my time in the minor league and in the United States, I will have to compete until I retire. I’m not going to think about it seriously or get swept away by it.”