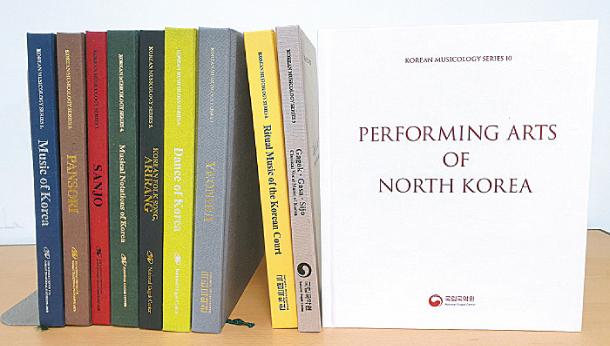 The National Gugak Center released a book in English about performing arts in North Korea, “Korean Musicology Series 10: Performing Arts of North Korea,” recently, as part of its series of publications about the traditional arts and music of the Koreas since 2007. The book is a collection of contributions by professors in South Korea and is divided into chapters including those about musical instruments and styles of opera and dance in North Korea. The book was edited by Keith Howard, professor of ethnomusicology and anthropology at the School of Oriental and African Studies in London, and Kim Hee-sun, director of the division of music research at the center. The book is available on the National Gugak Center website and is the center’s first publication in English about performing arts in the North. [YONHAP]