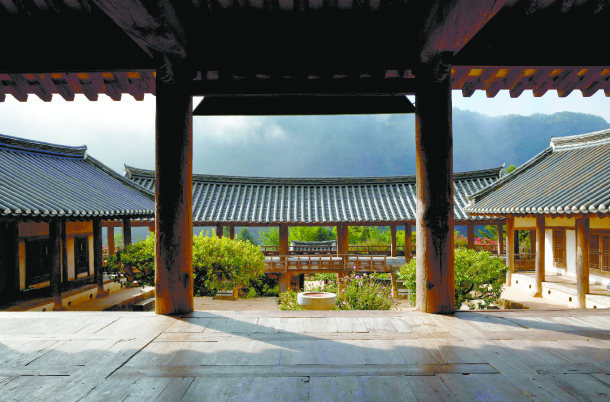 Byeongsan-seowon located in Andong, North Gyeongsang, is known as one of the most picturesque of the nine seowon that are listed as Unesco World Heritage sites in South Korea. It was built in 1613. [CULTURAL HERITAGE ADMINISTRATION]

The zeal for private education in Korea may date back centuries to when seowon, or private neo-Confucian academies, were first set up in the 1500s. 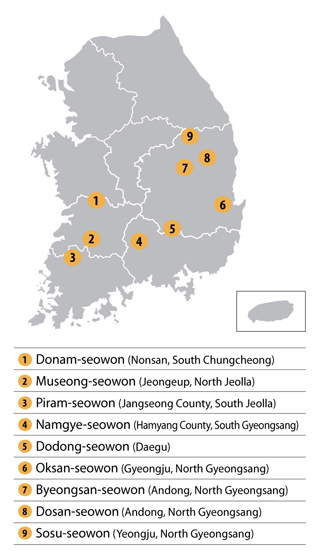 Neo-Confucianism was a concept imported from China, but the kings of the Joseon Dynasty (1392-1910) adopted it as a state philosophy to set themselves apart from the former Goryeo (918-1392) era and its attachment to Buddhism.

Accepted by the public and the state, the neo-Confucian academies saw their heyday in this era, as they once numbered as high as 1,173 by the time of King Gojong (1852-1919).

But the private academies, run by individual families, were soon embroiled in the power politics of the region, and they were wiped out en-masse in 1871 when Heungseon Daewongun (1820-1898), a royal regent who ruled on behalf of young King Gojong, abolished most of them as part of his reform plan.

Forty-seven seowon survived to tell the tale of how neo-Confucian values were taught across Korea for centuries. The buildings that still stand are located on both sides of the border that divides the Korean peninsula today.

“There are 11 seowon in the North and 34 intact in the South,” said Lee Jong-ho, an architectural engineer who recently wrote a book about seowon.

Among the 34 in the South, nine were deemed Unesco World Heritage sites last year. The Sungyang Sowon in Kaesong, North Korea, made it to the list in 2013.

The Korea JoongAng Daily recently sat down with Lee, the author of “Seowon, Korean Neo-Confucian Academies” (2019), to find out more about the historical and architectural values of seowon.

“There are a couple of factors that sets the architectural style of seowon apart from other traditional buildings in Korea like temples,” Lee said. “For instance, both temples and seowon have been built close to beautiful spots by the mountains and nestled deep in nature. But the difference is huge once you step into them.”

Students were meant to study in these academies and not daydream in nature. Therefore the structures of seowon have been designed in such a manner that once you are on the premise of a seowon, you feel enclosed inside of a human-made building, rather than surrounded by nature.

“Nature is meant to disappear so that students can focus on their studies,” Lee said. “On the other hand, in temples, monks were supposed to meditate on nature.”

The surviving seowon have been preserved through the ages by individual families. The following are some tips on what to look for when you take a visit. 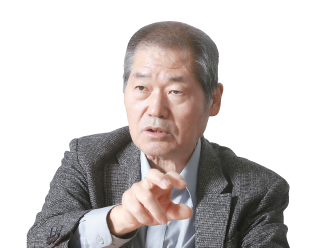 A seowon served both as a school and as a place to worship scholars who were regarded as important for the advancements of the country. To this day, annual rituals held in several seowon remember scholars Yi Hwang and Yi I, prominent Korean Confucianism academics.

Upon entering the gate, a visitor is usually first met with nugak, which was an open space with a roof made for the students to relax in between their studies, or gangdang, a space where teachers lived and where students would be tested. The two buildings are usually placed across each other.

There were no official classes or lectures. Each student had a curriculum planned according to their abilities and were tested periodically.

The sadang, or the shrine, is usually placed in the innermost section of a seowon, past the student dormitories and library, and on a ground level higher than the rest of the structures. With no windows and doors located only at the front of the structure, the interior of the sadang is kept dark.

“The sadang played a crucial role in the survival of seowon,” Lee said. “Their function of worshipping neo-Confucian scholars helped seowon win the approval of the state early on. The sadang within each seowon was used actively even after seowon increasingly lost their standing as established educational facilities in the 19th century.” 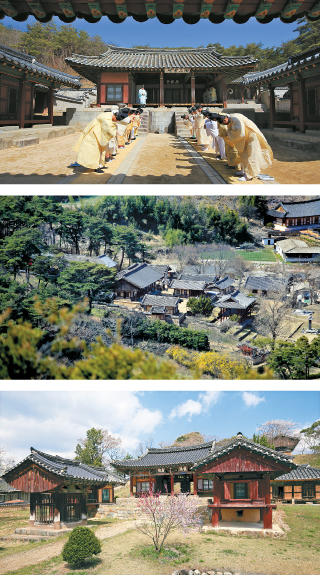 From top, Dosan-seowon in Andong, North Gyeongsang, built in 1574, is one of the largest and most-visited seowon in Korea, and to this day carries out the rites to honor prominent scholars of the past including Yi Hwang; Dodong-seowon in Daegu dates back to 1605 and is known among architects as a classic example of many architectural styles of Confucianism; Namgye-seowon in Hamyang County of South Gyeongsang dates back to 1552 and is the second-oldest of the nine seowon registered on the Unesco World Heritage list.

To each their own

Not all seowon were designed with the same blueprint, and the small details of each seowon come alive upon visiting them in person.

The country’s largest and most well-known seowon is the Dosan-seowon in Andong, North Gyeongsang. Built in 1574, the seowon is famous for being built at the location where Yi Hwang lived and taught his students for some 10 years beginning in 1557. The Dosan-seodang, the building where Yi spent most of his hours with his students, was designed by Yi himself.

If you find yourself in Andong to visit the Hahoe Village along with Dosan-seowon, we recommend checking out Byeongsan-seowon in the city as well. The seowon is regarded as one of the top-five most beautiful seowon among architects in Korea. The moment you sit on the seowon’s gangdang and look toward its nugak, named Mandaeru, you are in for a treat of seeing the mountain and streams come into your sight like a live and moving folding screen, visible through the open Mandaeru structure.

Most seowon operate without an entrance fee.

Visit seowonheritage.org for more information on taking public transportations to visit each seowon.