Commercial properties almost being given away

Commercial properties almost being given away 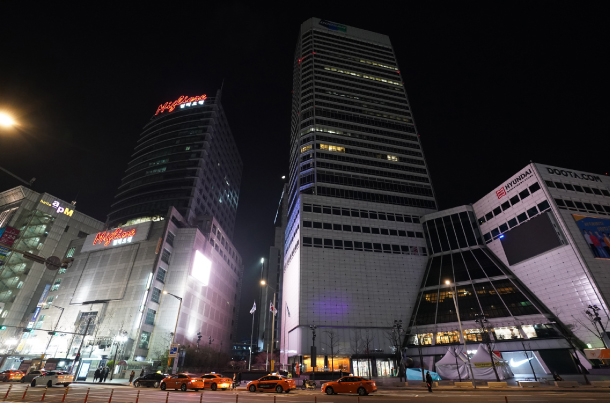 Commercial properties in foreclosure are being sold for dimes on the dollar amid the coronavirus outbreak - which has hit business hard - and a secular decline driven largely by online shopping.

As of Monday, 10 stores in Seoul have been sold for less than 20 percent of their appraised price this year, according to GG Auction, a website that provides information on court-ordered auctions.

It was put on the market 10 times over the past two years and finally moved at 11 percent of its appraised value. 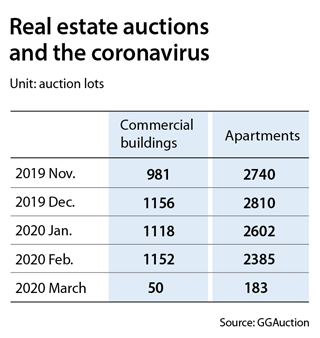 Nearby in Migliore, a 4.2-square-meter store was sold for 11.22 million won, which is only 14 percent of its 78 million won appraised value.

Nine previous attempts were made to sell the property.

Stores in shopping malls have been struggling for the past two years because of the sluggish economy as well as the rise in online consumption. The spread of an infectious disease made it worse by further discouraging customers.

“As more shops are closing down, properties being put up for auction will increase,” Oh Myung-won, a researcher at GG Auction, said.

“As more properties go on sale, prices will drop.”

In some of the worst cases, the winning bids were 5 percent of the appraised price.

A 10.2-square-meter first-floor store in Techno Mart in Sindorim-dong, Guro District in western Seoul, was sold for 10.4 million won.

The sale price is only 5 percent of the property’s 217 million won appraised value.

A total of 14 attempts were made to move the property.

The average ratio of winning bids to appraised value is 56 percent this month, which is the lowest since last April.

The figure plunged from 74 percent in July last year.

When the global financial crisis hit the markets in 2008, the ratio fell to as low as 46 percent.

“As online shopping became mainstream, sales were cut in half at many stores in Dongdaemun shopping malls that sell clothes or electronic devices,” Kang Eun-hyun, head of EH Auction Institute, said.

“If you were to invest drawn by the cheap price, you may not even be able to pay for maintenance costs,” he added. The situation for apartment units is not as bad as for shops in commercial buildings.

After court auctions slowly resumed last week, 73 people participated in the bidding for an 85-square-meter unit in Nokyang Hillstate Apartment in Uijeongbu, Gyeonggi, on March 16.

If the outbreak continues, the situation could deteriorate, analysts says. An increasing number of borrowers may not be able to pay their debts on time, and they might be forced to sell their property.

Experts expect the impact of the coronavirus on the auction market will become more apparent in the second half of the year.

This is because it takes six to seven months to prepare for a sale, including the approval of the court, the real estate appraisal and the public notice of the sale in a newspaper.