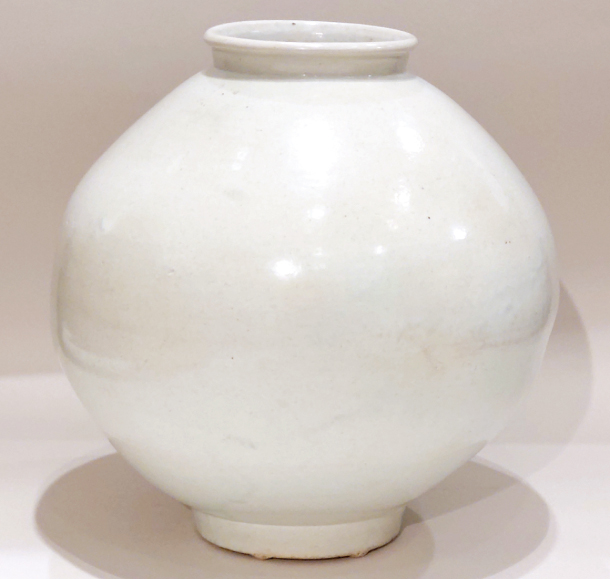 A white porcelain moon jar, estimated to have been made in the second half of the 18th century in Korea, was sold to the National Gallery of Victoria in Australia on April 16. The gallery has a Korean collection and bought two paintings of bookshelves, chaekgado, and a painting of lotus flowers, yeonhwado, painted between the late 19th and early 20th century, from Korea last year. [CULTURAL HERITAGE ADMINISTRATION]