Bracing for the post-Kim era

Bracing for the post-Kim era 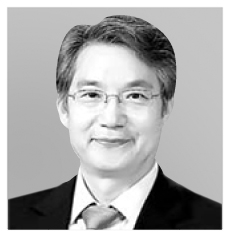 Last week, CNN threw the world into a frenzy by reporting that North Korean leader Kim Jong-un’s health was in “grave danger” following a cardiovascular operation. The truth will be told one day, but no matter what that may be, one thing will remain unchanged ? the fact that the Kim Jong-un era will fade sooner or later. Kim, as is widely known, is not in good shape and neither is his economy. South Korea needs to thoroughly prepare for the post-Kim era.

The core issues of the post-Kim era will be the stability of the North Korean regime and its policy changes. The authority of North Korea’s next leader will likely be significantly weaker than former leaders because the North’s elite may not accept another brutal dictator like Kim and live under constant fear. Nikita Khrushchev, who was considered a moderate, was able to rise to power in the Soviet Union after the death of Stalin because other Politburo members were afraid of Lavrentiy Beria, who supported Stalin’s iron rule. On a similar note, top North Korean officials would want to block a member of Kim’s family from succeeding him if there’s any chance the successor might rule the regime in the fashion Kim did.

If someone other than a relative seizes power after Kim, the person will have to bet on economic development to win the support of the population. Because some members of the North Korean power elite are already familiar with markets and foreign currencies, they may favor adopting capitalism to build their own personal wealth. They would present a trade-off between a partial loss of power and newly added wealth.
So, how long will the Kim era last? The question will hinge on Kim’s health, but it will also be affected by North Korea’s economy. Nobody exactly knows about Kim’s health. It is possible to assess North Korea’s economy more objectively. North Korea is currently ailing from both the coronavirus pandemic and international sanctions. Reporting to the Supreme People’s Assembly on April 13, the authorities admitted that Covid-19 posed “some obstacles” to the regime’s march forward.

North Korea is running out of foreign currency reserves. On April 22, Daily NK, an online newspaper based in South Korea, reported that North Korea has placed a ban on imports of consumer goods except for daily necessities, claiming the measure was intended to block any possible cases of bringing the coronavirus in. But the actual reason seems to be foreign currency shortages. On the same day, NK News ? an American website that provides news and analysis about North Korea ? reported that “panic buying” had been reported in some stores in Pyongyang, resulting in a critical dearth of imported goods. More than half of all products sold in North Korean markets are imported goods. If the regime blocks such imports, people who earned cash from the business would be directly affected. Ordinary people’s disgruntlement will deepen accordingly. Another article from Daily NK last week said North Korea has begun issuing public bonds for the first time in 17 years and that at least 40 percent were sold to individuals in exchange for foreign currency.

Kim Jong-un thought his nuclear weapons would solidify his reign, but now they’re threatening his very lifeline. Faced with international sanctions and the Covid-19 pandemic, he has much less room to maneuver. If North Korea carries out a military provocation under such circumstances, China will turn its back on Pyongyang. The North Korean economy was crumbling even before the country was reported to have imposed a ban on imports. The only thing left is for Kim’s approval rating to nosedive. Building a new general hospital in Pyongyang won’t be enough to block that from happening.

Any sudden change in North Korea is a cause of worry for South Korea, especially when the latter is busy handling its own economic crisis triggered by the pandemic. The best choice Pyongyang can take now is to give up its nuclear weapons and develop its economy. At a time when North Korea is struggling with sanctions, the coronavirus, and its leader’s health, it is bizarre for the Moon Jae-in administration to promote an inter-Korean railway project and individual tourism to the country across the border. International society, foreign investors ? not to mention the South Korean public ? could question the South Korean government’s judgment.

Nothing is more dangerous than a government that fails to earn public trust during a crisis. The South Korean government must thoroughly devise various contingency plans on North Korea ? and cease its blind obsession with establishing an inter-Korean “peace economy.”
Translation by the Korea JoongAng Daily staff.