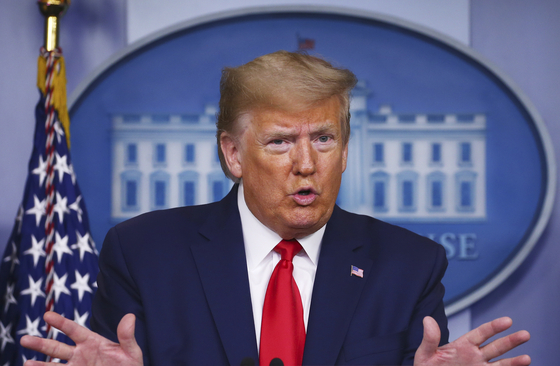 
U.S. President Donald Trump on Monday said he was aware of North Korean leader Kim Jong-un’s health condition and hoped the best for him, amid growing speculation about the dictator’s well-being.

“I hope [Kim is] fine. I do know how he’s doing relatively speaking,” Trump said at a White House press conference. “We will see ? you’ll probably be hearing in the not too distant future.”

The remark was the first time Trump directly addressed rumors that the dictator’s health was failing, after he has not been seen for around two weeks since attending a party meeting on April 11.

Trump did not elaborate on how or what he knew about Kim’s condition, but his comment hints that the dictator may not be as gravely ill as assumed in a litany of recent media reports.

The remark also jives with a comment made by the No. 2 figure of the U.S. Joint Chiefs of Staff, Gen. John Hyten, who last week said Kim continued to have full control of the North’s nuclear and military forces.

South Korean government officials also dismissed rumors of Kim’s supposed illness. At a National Assembly hearing on Tuesday, Minister of Unification Kim Yeon-chul repeated his earlier remarks by saying “no unusual movements” had been detected from the North.

Foreign Minister Kang Kyung-wha also used the same language to describe Kim’s recent public absence, and further expressed agreement with an opposition lawmaker’s claim that Kim may not have attended a ceremony marking the anniversary of the birth of his grandfather, the regime’s founder Kim Il Sung, due to the coronavirus outbreak. 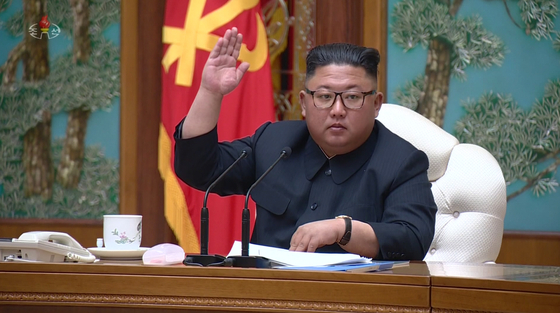 
Kim Jong-un’s prominent absence from that event, a key ritual in a regime revolving around the cult of personality of the Kim family, sparked claims that the dictator may be incapacitated, most notably by an online periodical in South Korea called Daily NK which said Kim may have undergone cardiovascular surgery.

The subsequent media storm surrounding such speculations, kindled further by a CNN report that said the dictator could be “gravely ill,” put North Korea back into international scrutiny amid concerns over the coronavirus pandemic.

Rep. Yoon Sang-hyun, a conservative lawmaker in South Korea, said at a forum Monday that this attempt to grab headlines may have been Kim’s purpose if he were not really ill.

“The news that the supreme leader is missing could foment internal agitation, so Chairman Kim is likely to emerge soon. If not, that is a real problem,” Yoon said. “If he is purposefully not working, he will emerge a week later based on a strategic calculus and surprise the international community.”

Another conservative figure in Seoul, the recently elected defector-turned-lawmaker Thae Yong-ho, added fuel to the speculations on Kim on Tuesday, saying the ongoing situation was “very unusual.”

North Korean foreign missions actively dismissed rumors on the leader’s health in similar cases in the past, but the fact that they are not addressing any questions from foreign reporters in this case was strange, Thae wrote on his Facebook page.

The failure by state media to mention the activities of key North Korean officials like Choe Ryong-hae or Pak Pong-ju since April 15 was also uncommon, he added.

Kim Yo-jong, the leader’s younger sister and close confidante, has also not been seen since April 11, suggesting she may be accompanying her brother.

According to satellite footage obtained by 38 North, a website run by the Washington-based Stimson Center that monitors North Korea, Kim’s private train was seen parked at a location in Wonsan, Kangwon Province, which is likely a private villa for Kim Jong-un.